Long-distance rail traffic in Germany halted due to strike 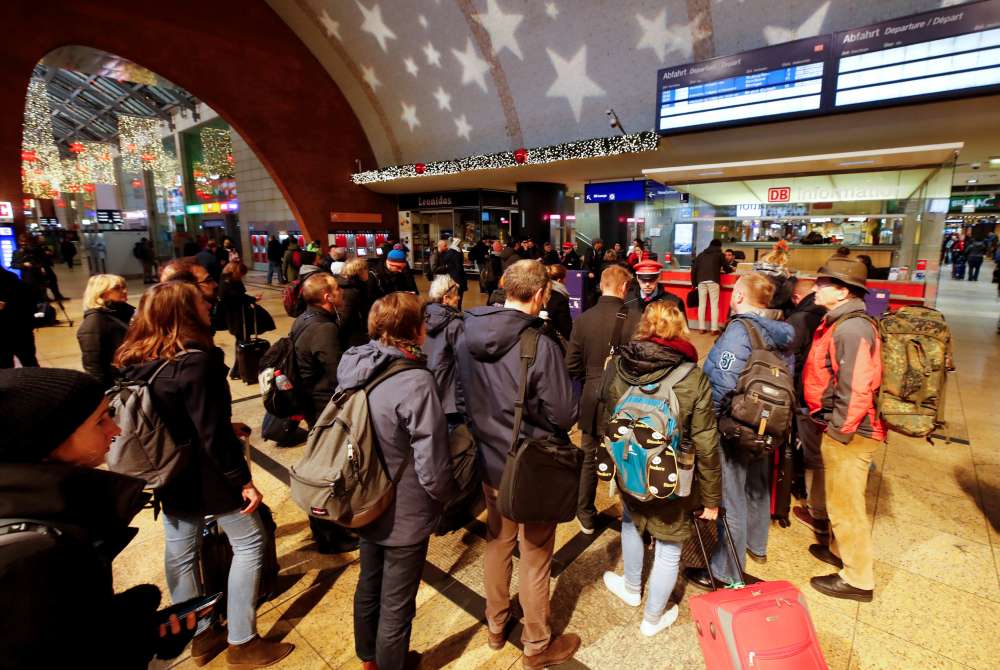 The company said that regional train traffic, too, was significantly affected across Germany, with only a few commuter trains operating in the cities of Berlin, Munich and Frankfurt.

The strike from 0400 GMT to 0800 GMT, comes after wage talks between railway union EVG and Deutsche Bahn broke down on Saturday. A warning from EVG, which represents most railway industry workers and professionals, that strike action is inevitable has raised fears that Christmas travel could be disrupted.

“We are asking the EVG to return to the negotiation table,” a spokesman for Deutsche Bahn said. “We are ready to talk.”