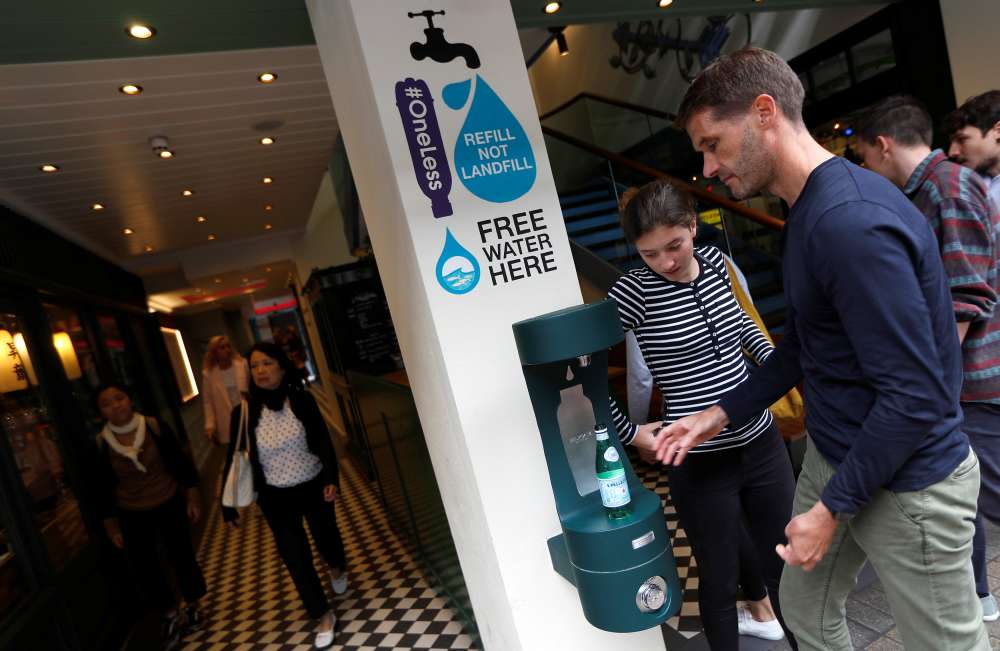 Baked by a blazing summer and keen to reduce their use of plastic bottles, Londoners are welcoming a scheme to re-introduce drinking-water fountains across the British capital.

Four have already been installed and one of them, off 1960s fashion hotspot Carnaby Street, has been used more than 10,000 times a month this summer, the office of London Mayor Sadiq Khan said on Tuesday.

Now 16 more are planned this year for locations such as Windrush Square, Brixton; Paddington recreation ground; Guy’s Hospital in Southwark and the Natural History Museum in Kensington.

Public drinking fountains were common in London as long ago as the Victorian era but have long since made way for plastic bottles, with the average adult Londoner buying more than three a week, according to Khan’s office.

“Water fountains are a simple but effective way to encourage Londoners and visitors to ditch plastic bottles and instead refill reusable ones,” said Khan in a statement.

“Some of these are already attracting thousands of visitors a day and City Hall are working on plans to secure many more across London.”

The Mayor’s office has worked with the Zoological Society of London’s (ZSL) #OneLess campaign to secure the locations of the fountains. ZSL assessed the site applications on accessibility, visibility and footfall to ensure water refills are available for as many people as possible.

Heather Koldewey, #OneLess campaign Director and Head of Marine and Freshwater Conservation at ZSL, said there was big demand for the fountains.

“We were taken aback by the number of applications we received … There is definitely huge appetite in London to stop using single-use plastic and establish a new culture of refilling.”