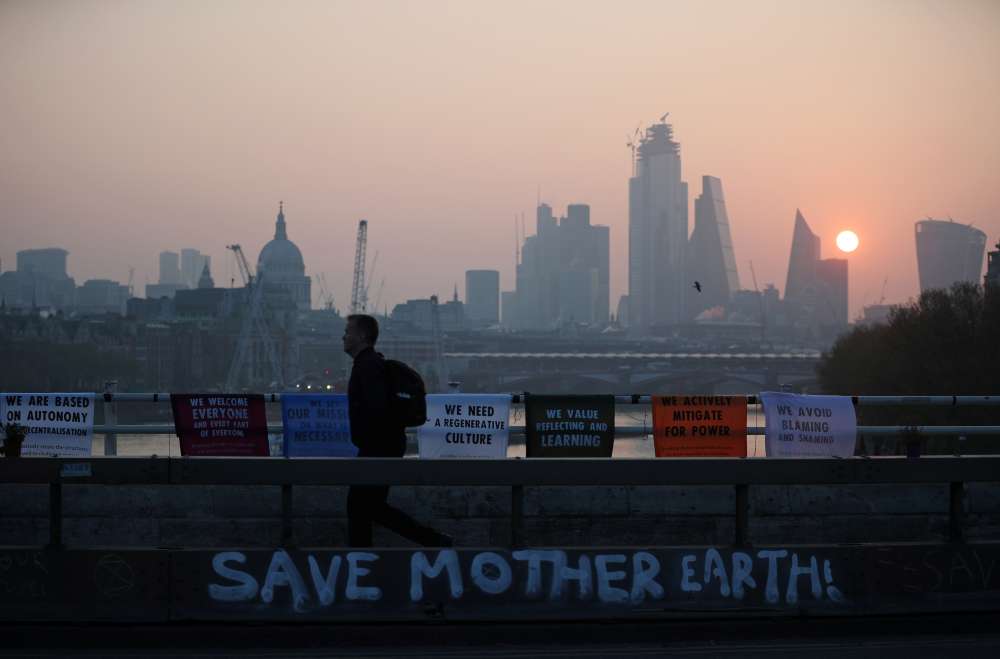 London was bracing for disruption by climate-change activists to underground train services on Wednesday after protesters blocked some of London‘s most important junctions including Oxford Circus and Marble Arch.

The protests, led by British climate group Extinction Rebellion, brought parts of central London to a standstill on Tuesday.

Extinction Rebellion, which generated headlines with a semi-nude protest in parliament earlier this month, is demanding the government reduce greenhouse gas emissions to net zero by 2025.

“I am extremely concerned about the plans some protesters have to disrupt the London Underground,” said Mayor Sadiq Khan in a statement.

“It is absolutely crucial to get more people using public transport, as well as walking and cycling, if we are to tackle this climate emergency,” he said.

A total of 290 people were arrested on Monday and Tuesday, according to London‘s Metropolitan police.

Police have said they expected the demonstrations to continue and had to strike the right balance between allowing the right to peaceful protest while ensuring disruption was kept at a minimum.