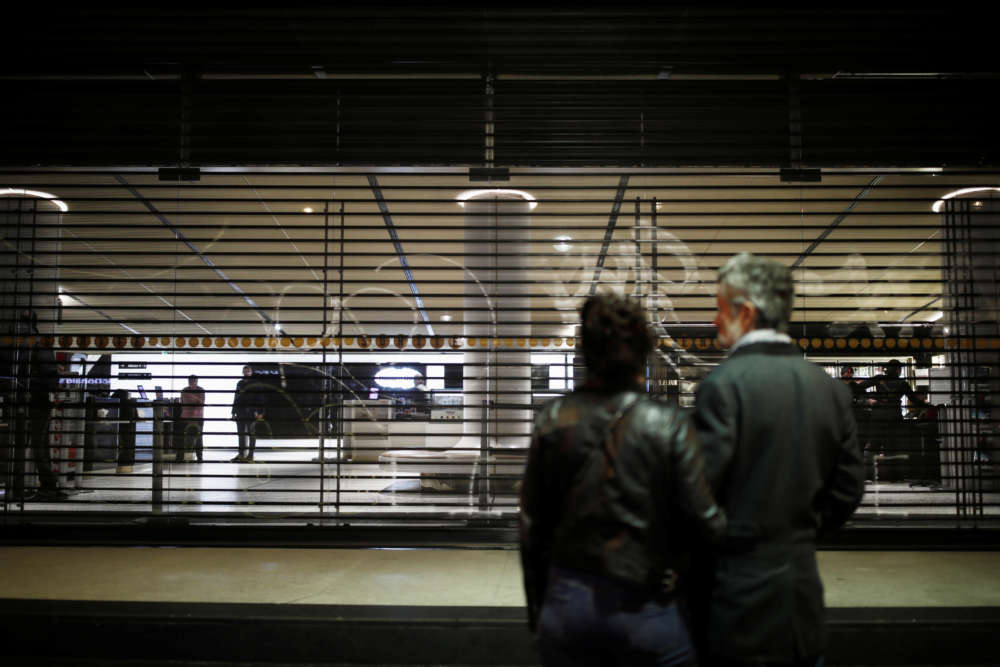 France and Spain joined Italy in imposing lockdowns on tens of millions of people, Australia ordered self-isolation of arriving foreigners, and Argentina and El Salvadore extended entry bans as the world sought to contain the spreading coronavirus.

Panic buying in Australia, the United States and Britain saw leaders appeal for calm over the virus that has infected over 138,000 people globally and killed more than 5,000.

The coronavirus has also taken a toll on church services, with the Vatican saying all papal Easter services will be held without the faithful attending and general audiences and Sunday blessings will be held via internet and TV until April 12.

Australian Prime Minister Scott Morrison said from midnight Sunday international travellers arriving in the country would need to isolate themselves for 14 days, and foreign cruise ships would be banned for 30 days, given a rise in imported cases.

“What we’ve seen in recent weeks, is more countries having issues with the virus and that means the source of some of those transmissions are coming from more and more countries,” Morrison told a news conference.

The premier of Australia’s second-biggest state Victoria called for even tougher measures such as a ban on U.S. flights.

“It’s a little difficult to explain why, say, China who have very few new cases, there are travel bans there, but the United States, people are free to travel,” said Daniel Andrews.

“We are seeing many, many new cases, indeed the majority of Victoria’s new cases are connected to those who have travelled from the United States.”

U.S. President Donald Trump declared a national emergency on Friday. The United States has recorded more than 2,000 cases and 50 deaths, but has been criticised for slow testing.

Travel bans and a plunge in global air travel saw further airline cut backs, with American Airlines Inc planning to cut 75% of international flights through May 6 and ground nearly all its widebody fleet.

The dramatic announcement by the largest U.S. airline came hours after the White House said the United States would widen new travel restrictions on Europeans to include travellers in the United Kingdom and Ireland, starting Monday night.

China tightened checks on international travellers arriving at Beijing airport on Sunday, after the number of imported new coronavirus infections surpassed locally transmitted cases for a second day in a row.

China, where the epidemic began in December, appears to now face a greater threat of new infections from outside its borders as it continues to slow the spread of the virus domestically.

Spain put its 47 million inhabitants under partial lockdown on Saturday as part of a 15-day state of emergency to combat the epidemic in Europe’s second worst-affected country after Italy.

Effective immediately, all Spaniards must stay home except to buy food, medicines, go to work or to the hospital or for emergencies. Spain had 193 coronavirus deaths and 6,250 cases, public broadcaster TVE said on Saturday, up from 120 deaths reported on Friday.

France will shut shops, restaurants and entertainment facilities from Sunday with its 67 million people were told to stay home after confirmed infections doubled in 72 hours.

French Prime Minister Edouard Philippe said the government had no other option after the public health authority said 91 people had died in France and almost 4,500 were now infected.

“We must absolutely limit our movements,” he said.

Argentina banned entry to non-residents who have travelled to a country highly affected by coronavirus in the last 14 days, the government officially announced late on Saturday.

The ban was established for 30 days, according to the decree published in the official bulletin. Argentina has 45 cases of coronavirus, the health ministry said, up from 21 on March 12.

Panama said flights arriving from Europe and Asia would be temporarily suspended, with the exception of flights that transport doctors, medical equipment or other humanitarian aid.

Colombia will expel four Europeans for violating compulsory quarantine protocols, just hours after it closed its border with Venezuela, the government said on Saturday.

Cyber tech monitoring would be deployed to locate people who have been in contact with those carrying the virus, subject to cabinet approval, Netanyahu told a news conference in Jerusalem.

Apart from measuring temperature at the airport, visitors from those countries now need to download an app the South Korean government rolled out to report whether they have any symptoms related to the virus everyday.

South Korea has been testing hundreds of thousands of people and tracking potential carriers like detectives, using cell phone and satellite technology.

By In Cyprus
Previous articleSome cloud today, unsettled weather over the next few days
Next articleLarnaca: Teen driver hospitalised after collision; no licence