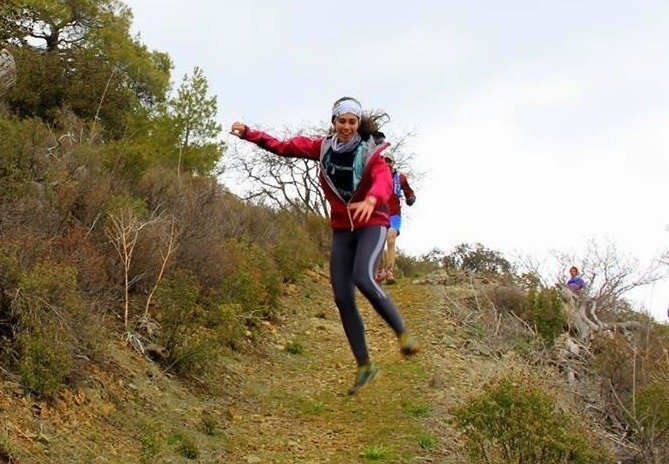 The Cyprus Trail Runners will hold a group trail run at Athalassa Park for Natalie Christopher.

Natalie  was found dead in a 20 metre ravine in Ikaria late on Wednesday afternoon with first indications suggesting she fell when a rock gave way.

A medical examiner said the 34 year old British Cypriot scientist was killed instantly after a fall from a considerable height.

The run will be held on Saturday starting at 5 pm.

The “Living Life Joyfully, The Way Natalie Did, run” is being held to celebrate the way Natalie embraced life so joyfully.

The group said they have chosen Athalassa National Forest Park because this was Natalie’s favourite place to escape into the wilds on her daily run.

“The run is co-hosted by Runite Nicosia and we hope that runners from both sides of the divide — the one Natalie did her utmost to bridge — will join in what we want to be a celebration, not a time of mourning,” the group said.

“The run will follow trails that zig-zag across the park, and we will visit her favourite tree — the one she would always hug in delight — along the way. The distance will be about 10km but runners can turn back whenever they want, and basically do as little or as much as preferred,” the group added.

“It was in Athalassa Park that we first met Natalie just over six years ago. She entered a 5km race that we held on Women’s Day, 2013 and came running in red-faced and gasping, explaining that 5k was the furthest distance she had ever run (she had been a speedy sprinter on the track until then).

“Of course, she later developed into an ultra-distance trail runner, completing the Buff Troodos Mountain Ultra 80k last year, alone and in the dark, under the stars — and blissfully happy.

“We invite runners to bring a picnic snack and stay around after the run for some reminiscing — and, even better, to watch after dark from a hillside in the park for the expected Perseids meteor shower.
Each shooting star will be a reminder of Natalie’s life: lighting up the sky, bringing joy and wonder to many, but ending far, far too soon.

“We invite her running friends from around the world who cannot make it to Athalassa Park to join us for a ‘virtual’ run. Wherever you may be in the world at 5kpm Cyprus time, head out for a run — on your own, or with a group, and celebrate running Natalie-style. Send us a photo of your run and we will share it on FB,” the group’s Facebook post concluded.