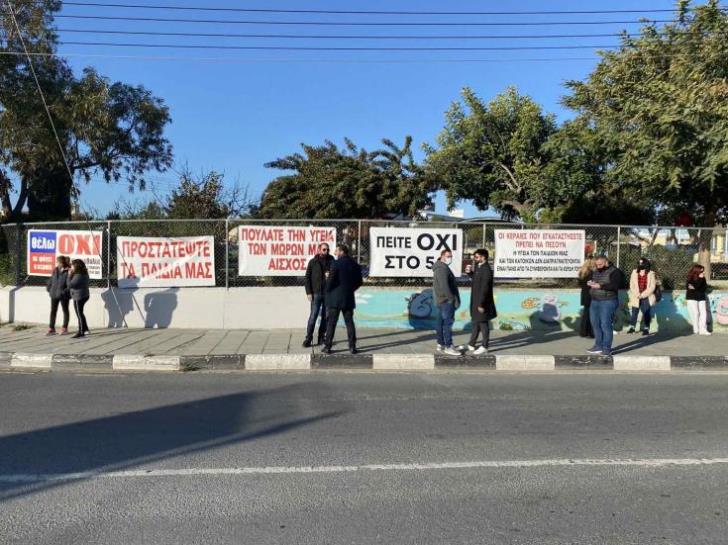 Parents and the community leader in Livadia on Wednesday protested against the installation of a 5G antenna on the roof of a supermarket very close to the village’s pubic kindergarten.

Holding banners saying “Protect our children” and “You are selling off the health of our babies” they demanded from the Cyprus Telecommunications Authority (CyTA) the immediate removal of the antenna.

The supermarket where the perceived as harmful antenna was placed is only 150 metres away from the kindergarten.

Community leader Marios Armenis told Philenews that the problem began last week when a CYTA crew, without even the Authority submitting an application to the local municipality, began installing the 5G antenna on the supermarket’s roof.

“As soon as we were informed of this, I personally went to the area together with the local police and managed – after some time – to stop the crew from installing the antenna,” he also said.

“After talking on the phone with a senior CyTA officer, I was assured that they  would not proceed with the installation before first submitting an application before the Municipality of Livadia for a license,” he added.

However, despite the assurances a CYTA crew proceeded illegally and in violation of license procedures not only to install but also to connect the antenna.

This is only metres from the local kindergarten and close enough to the village’s primary school and the protests will continue until the antenna is dismantled, he also said.