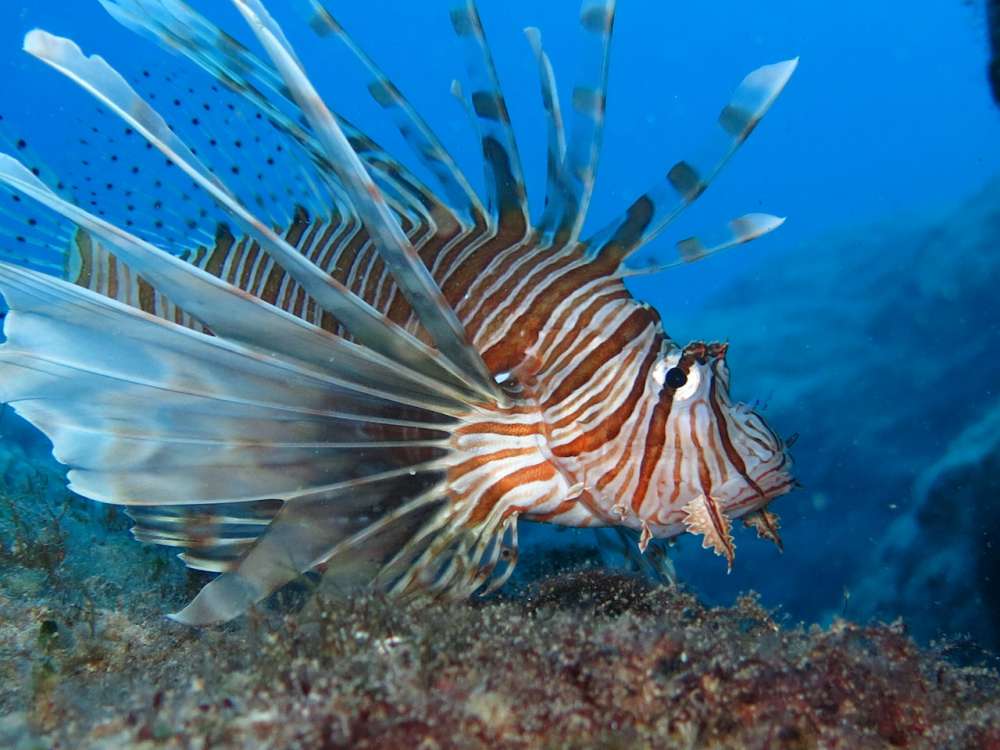 Members of Enalia Physis Environmental Research Center and the Fisheries Department removed a lionfish from a shipwreck in Protaras, they said on Thursday.

The removal was part of the EU-funded “Relionmed-Life” programme.

The project aims to prevent a lionfish invasion in the Mediterranean through early response and targeted removal.

Lionfish (or pterois) is a venomous marine fish native to the Indo-Pacific. The potency of their venom makes them excellent predators and hazardous to fishermen and divers.

According to relionmed.eu, the lionfish  has been reported in multiple regions of the Mediterranean Sea, especially after 2012. The first reports from Cyprus marked the beginning of the uncontrolled invasion that we have been witnessing ever since.

Owing to its successful invasion in several seas worldwide, it has vastly expanded its global distribution. It entered the Western Atlantic via aquarium release in the mid-eighties and displayed one of the fastest and most ecologically harmful marine bioinvasions to date.

They are characterized as generalist predators as they have been found to consume a large range of species. They can expand the volume of their stomach by 30 times when foraging, allowing them to feed continuously when food is abundant, and being able to tolerate prolonged periods without food.

This allows them to thrive in areas with low prey availability and consume large quantities of prey when available, a feature that can possibly facilitate their invasion in the oligotrophic waters of Cyprus.

For example, an increase in lionfish abundance at certain locations in the Western Atlantic coincided with a decline in the biomass of native fish species by up to 95% with the impacts felt over regional scales.