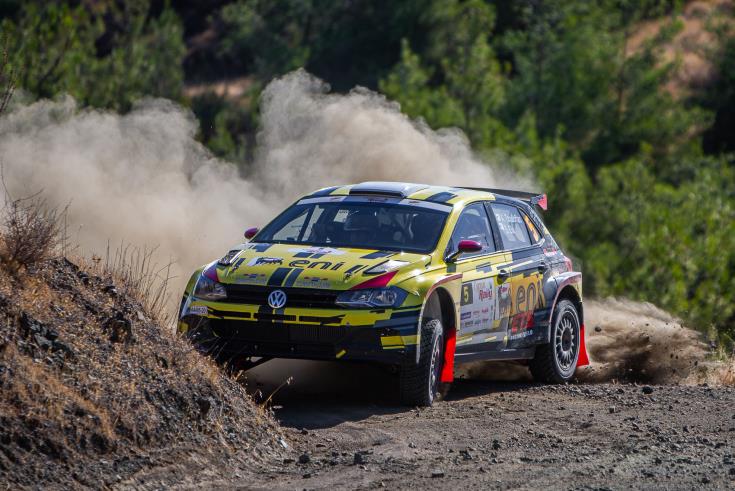 Limassolian Alexandros Tsouloftas and co-driver Stelios Elia, behind the wheel of a Volkswagen Polo GTi, have won the 49th International Cyprus Rally 2021 for the first time in their career.

In particular, they won all six of Sunday’s Cyprus Rally special stages – along with their five second places in Saturday’s five special stages, according to a press release.

With this victory, Tsouloftas moved to the top of the standings of the Pancyprian Championship with two events remaining, while at the same time, he is also leading the Greek Championship after two rallies.

Petros Panteli/Pampos Laos finished in second place with a Citroen DS3 overtaking Al Rawahi / Al Hmoud (Ford Fiesta) in the last stage and relegating them to third place. Fourth position went to Yiangou / Englezou with a Hyundai i20.

The finish ceremony and the awards presentations took place in Eleftheria square, in the heart of Nicosia, late on Sunday.

The 49th International Cyprus Rally was organized by the Cyprus Automobile Association.

The rally covered a total of 665.74km of which 180.92km comprised the 12 gravel stages, one of which was cancelled due to an accident.