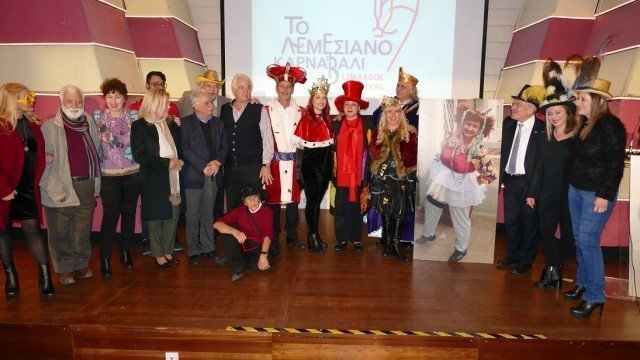 Limassol is gearing up for its annual carnival, with the star role this year going to two queens — the queen of happiness and the queen of fun.

Mayor Nicos Nicolaides also unveiled a special carnival logo and said work was proceeding for the establishment of a Limassol museum.

The carnival’s two queens — Monica Pierides and Maria Nicolaides Afami, will be crowned on ‘smoky Thursday’, on February 28 and will henceforth lead the 11 day festivities.

Nicolaides said the logo of the carnival was inspired by the lion, which is the emblem of the municipality and the colourful festivities of the carnival.

He also  underlined the need to create a Museum on the Limassol Carnival. Preliminary studies have already been completed for the museum to be housed in Panos Solomonides Cultural Centre.

Once the proposal is approved by the municipal council, it will be presented to the public, he added.

As part of efforts to give further momentum to the carnival, the municipality has contacted sponsors.

Nicolaides said the municipal council was committed to further upgrading the carnival, while respecting its long tradition and history and after consultation with participants.