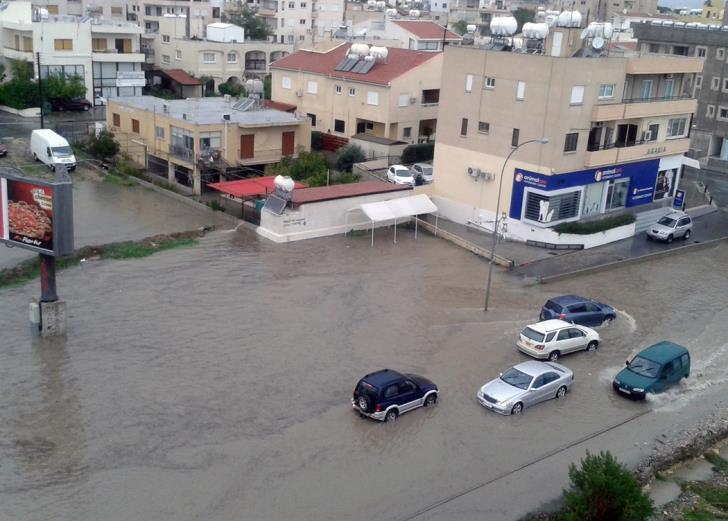 Limassol municipality crews have been working since last night to deal with severe problems caused by flooding in the town’s centre after heavy rains,  mayor Nicos Nicolaides told the Cyprus News Agency on Saturday.

As a result of the rain, buildings and roads flooded and cars have been immobilised. The area around Limassol castle has been particularly badly affected.

CNA said that flooding is particularly acute in the area south of Anexartisias  street, Ayios Andreas street and the castle square.

The mayor expressed sympathy to citizens whose premises have sustained damage as a result of the extreme weather conditions.

He said the crews have been mobilised since last night to deal with the problems and will continue to work as long as necessary.

The mayor added that despite the preventive measures taken by the municipality, the town cannot cope with extremely heavy rain because of inadequacies with its drainage infrastructure.

The municipality has tried over the past two years to deal with the issue with a number of projects that have long been necessary because of the town’s development, he added.

Projects underway include anti-flooding work at Ayia Phyla and Ekali, sewers in Ayia Phylaxeos and Navarinou streets, and other areas close to the town centre.

“Limassol Municipality, in cooperation with the Limassol Sewerage Board and other government services is making great efforts to cover these gaps in our town as soon as possible so to minimise the problems facing Limassol as a result of the extreme weather phenemona as soon as possible,” the mayor told the news agency.