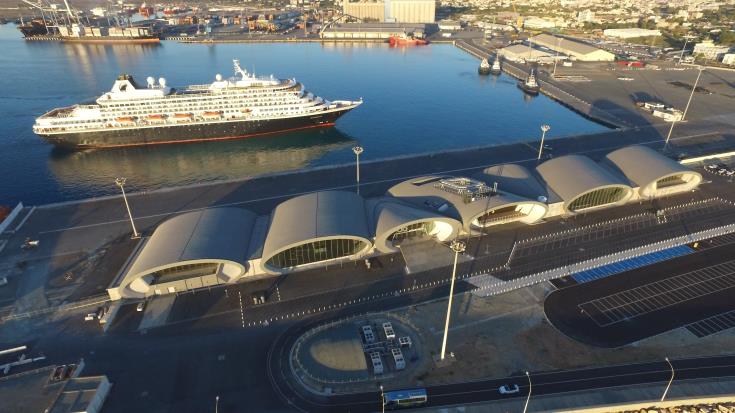 The Ministries of Transport and Health and the Deputy Ministries of Shipping and Tourism, are in consultation for the preparation of the necessary health protocols given that the port of Limassol will be the starting point of cruises and also the fact that Cyprus is included as a destination for other cruise ships.

Cyprus Deputy Minister of Shipping  Vasilis Demetriades told CNA that there is a coordination between the Ministry of Transport and other stakeholders so that ships that approach the port of Limassol are served as best as possible.

He added that health protocols for the ports are being prepared, based on what applies to airports, noting that the protocols may be slightly different given the characteristics of the ports.

Demetriades said that a protocol will be ready soon and it will be announced, adding that contacts are being held with the cruise terminal management company (DP World Limassol) in order to plan those arrivals in the best possible way.

By gavriella
Previous articleVaccination portal temporarily disabled; to reopen at 14:30
Next articleParents complain about problems with rapid tests at schools