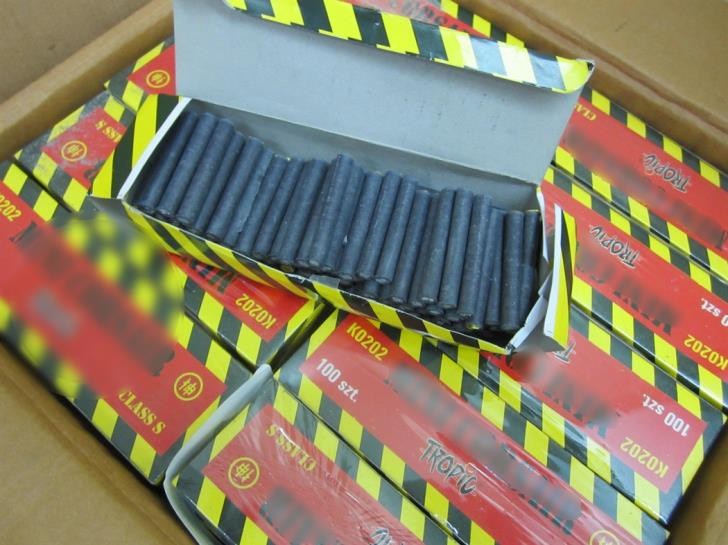 Two teenagers will appear before the court in Limassol tomorrow, after their arrest for possessing hundreds of fire-crackers.

Following a tip off, police officers raided the houses of a 16-year old and a 19-year old, in Limassol.

They found 480 fire-crackers in the first house and another 150 in the second, 28 cartridges and torches.

Both were arrested and will appear before the court tomorrow.