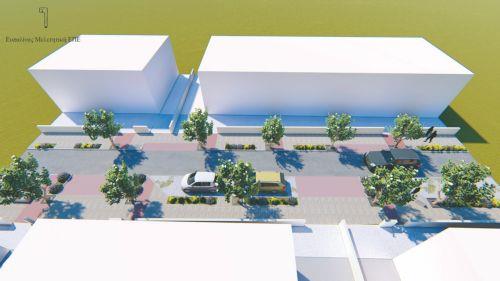 Limassol municipality turns its attention to the suburbs, to give them a share of the city centre’s development, mayor Nicos Nicolaides told Phileleftheros.

According to Nicolaides, upgrading the quality of life in the suburbs is a basic priority of the Municipality which aims at better distribution of development.

The municipality is implementing a programme aimed at the creation of ‘environmental neighbourhoods’ and roads.

The programme will gradually include neighbourhoods from all of the city, starting  with three neighbourhoods in the districts of Ayios Spyridonas, Zakaki and Ayios Nikolaos.

The term ‘environmental neighbourhood’ refers to areas a priority is given to people and private car use is “discouraged,” Nicolaides said.

The environmental neighbourhood project contains the redevelopment of selected roads, which are connected to schools and greenspaces, building bicycle paths and organised car parks and planting trees. Environmental neighbourhoods will have socialising areas for residents, streets and areas rich in green, organised cycling tracks and large pedestrian routes. Speed limits will be set at 30 km/h and pedestrians and cyclists will be given priority.

Construction in this area is expected to begin in April 2019 and the deadline is set for the end of 2019.

The cost for each neighbourhood will be € 1 million and will be covered by municipality funds.

Planned projects for the western part of the centre

According to Nicolaides, the municipality also plans eleven additional projects for the western part of Limassol’s centre that will be co-funded by the European Regional Development Fund.