Limassol mayor in pledge to step up fight against sea pollution 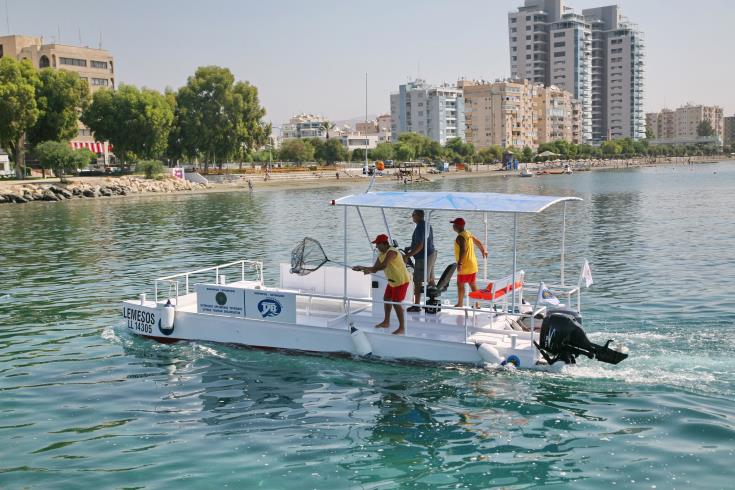 As part of moves to step up the fight against sea pollution, authorities will as from next summer monitor pleasure craft  more closely, Mayor Nicos Ncolaides said on Friday.

He was speaking after a meeting that reviewed action taken to combat pollution in Limassol Bay this summer and  discussed targets for 2019.

State and local authorities have been tackling the issue with intensified patrols and quicker clean ups, while studies have cited a number of possible sources for the problem including the Limassol port anchorage, fish farms, pleasure boats and passing ships.

Nicolaides said that 2018 had seen an improvement to the situation thanks to cooperation between competent departments as well as the involvement of experts through the purchase of sea patrol services,

A lot of valuable information has also been obtained and this will be analysed to help decide future action, he added.

Nicolaides said that none of the cited possible sources of pollution have been cleared, and all will continue to be monitored.  Special focus will go to the pleasure boats, large and small, as well as their mooring facilities at  the coastal town’s two marinas.

“We have strong suspicions that they are a serious source of pollution,” he said adding that effective monitoring was required.

The meeting also discussed closing gaps in the law so as to clarify which competent authority could quickly and impose penalties — essential to ensuring measures are effective.

In a large number of cases, penalties had not been imposed to the degree sought because of the weakness in procedures and lack of legal framework that would set out the responsibilities of each service as regards imposing penalties.