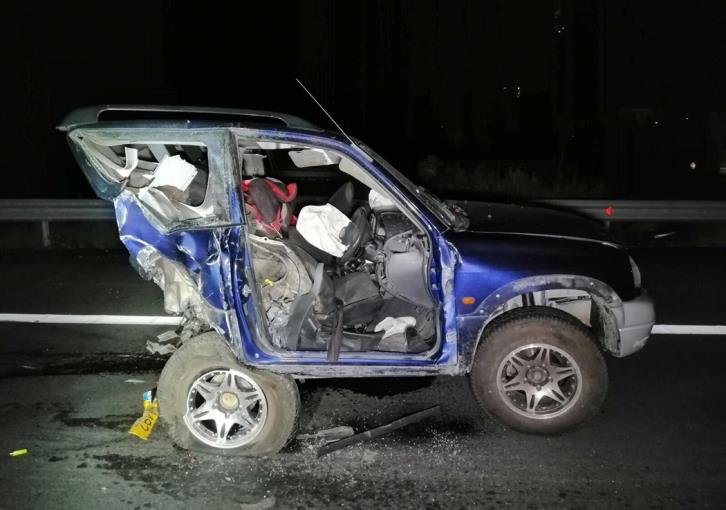 The 50-year-old Russian involved in a violent collision which resulted in the death of 27-year-old Panayiotis Christoforou from Ypsonas, was remanded in custody for six days on Saturday. The fatal accident happened on Thursday around 1:00 am near Moutayiaka on the Nicosia-Limassol highway. His lawyer did not object to the remand.

According to what was heard in Court, the 50-year-old had initially told police that he had no recollection of the accident, but after his arrest for manslaughter he opted to exercise his right to remain silent revealing nothing concerning the events before the accident or any other relevant information.

Authorities have obtained a testimony by a witness who was driving behind the Russian and reported that he had flashed his headlights at the 50-year-old who was driving extremely fast, the witness said.

A post-mortem examination carried out on Friday showed horrific injuries from the violent collision – including a severed thoracic aorta, fractures in the neck and spine and multiple ruptures of the lungs.

The Russian driver tested five times over the alcohol limit — 111 mg rather than the legal limit of 22 mg — in an initial alco-test.

By In Cyprus
Previous articleCyprus a reliable partner of the Russian business community, President says
Next articleCyprus re-elected as Member of the IMO Council