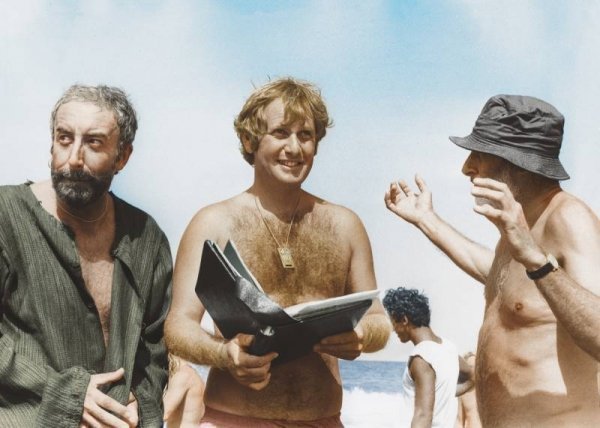 A documentary recounting the tale of the ill-fated Hollywood movie Ghost in the Noonday Sun that was shot in Kyrenia  in 1973  but never theatrically released is to be screened at the Limassol International Documentary Festival on August 2.

The production resulted in chaos amid accusations of sabotage.

But the star, Peter Sellers, reportedly soon  lost confidence with the film and tried to sabotage it, firing the producers in the first week and then setting his sights on his friend Peter Medak — who was then a fast rising director with three back to back successes including ‘The Ruling Class’ in  with Peter O’ Toole (nominated both for the Palm D’Or and an Academy Award).

In what film critics have described as an ensuing game of cat and mouse between Sellers, the director, the cast, crew and movie executives the film was finished but rejected by Columbia and never released.

The documentary ‘The Ghost of Peter Sellers”  follows director Medak as he tries  — 43 years later — to understand what went so terribly wrong.

The 93 minute documentary will be screened on Friday, August 2 at 8.30 pm.

The ‘Lemesos International Documentary Festival’ is part of Moving Docs, a new EDN initiative supported by Creative Europe, founded for the joint distribution of documentaries across Europe.

The 2019 edition of the Festival will take place between August 1 and 8.

Screenings at the Carob Mill.