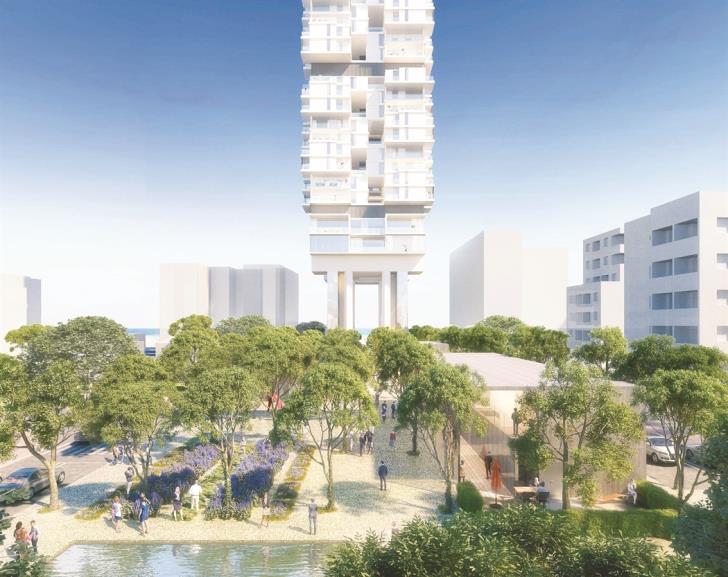 The three storey Debenhams Olympia on the Limassol coastal road is to be demolished to make way for a 45 storey, nearly 200 metre high tower, Phileleftheros has reported.

It said the 196.6 metre building will appear to be ‘suspended’ as the first 24 metres will be ‘vacant’. Underneath will be a park with a square, green areas and disabled accessible areas.

The Planning Bureau has submitted environmental impact studies to the Environmental Authority for the demolition of the building and the proposed new project.

The building application was submitted by Woolworth Properties through its subsidiary Limassol Beach & Seaview Properties Ltd and will be called Aura. The design is by Foster + Partners. Construction is estimated to cost €108 m while demolition of the current building is estimated at €500,000.

The Aura will have 137 apartments of 2 to 4 bedroom and a 5 bedroom penthouse.

The project is part of the latest loan restructuring of the CTC group and the aim is for it to pass into the hands of the Bank of Cyprus once the permits have been issued.

By In Cyprus
Previous articleDrugged driver arrested for driving without MOT, insurance, road license
Next articleEU helps effort to fight homophobia in schools