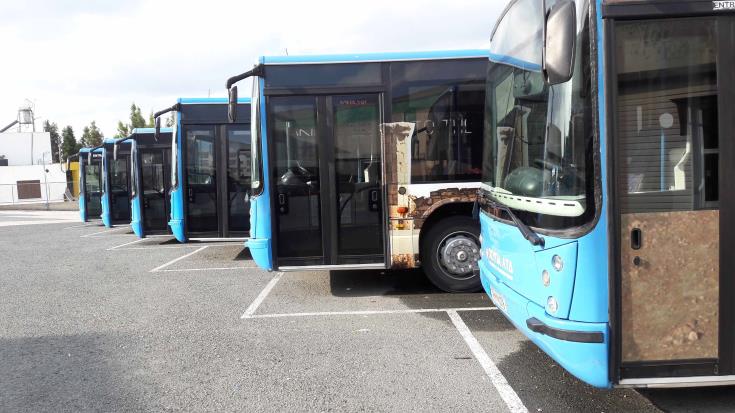 Limassol’s bus drivers are continuing their strike for a second day in protest over their employers’ failure to pay their March salaries.

EMEL, Limassol’s bus company has been locked in a dispute with the government over state payments.

A government official told CyBC radio that the money would have been transferred on Tuesday, however according to philenews this did not happen.

EMEL said that the state payments would only be enough to cover its employees wages and that it did not have enough money for fuel and bank credits.

According to philenews, the state is intending to pay 80% of the bus employees’ salaries for March in order to break the deadlock.

Meanwhile, the Association of Parents of Pupils in Secondary Education issued an announcement saying that the strikes will affect pupils.

“The end of the school year is near and pupils are preparing for the exams. Bus strikes deprive them of their right to learn and prepare for the exams,” it said and urged all parties involved to avoid measures that will affect pupils’ participation in the final exams.