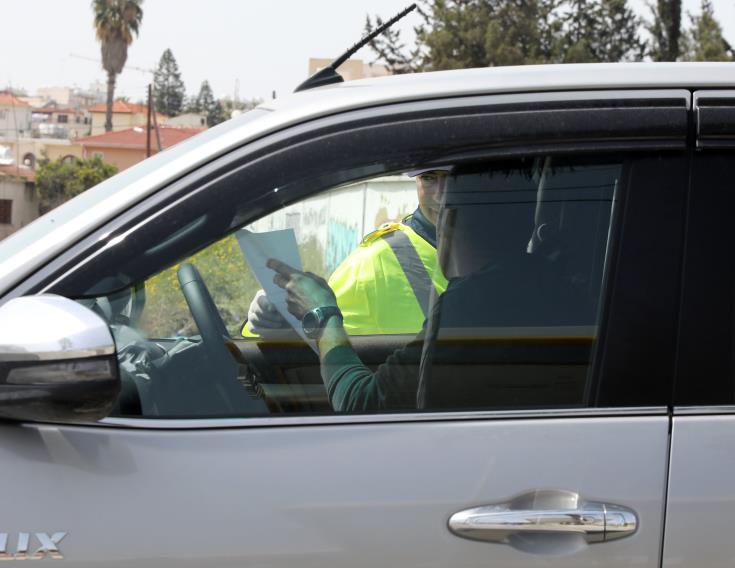 Limassol police officers on Sunday booked another 45 people for breaking the stay at home decree as police spokesman Ioannis Soteriades told CNA that the pubic must comprehend that they must stay at home.

A total of 45 people were booked – 21 drivers and 24 pedestrians. No premises were found to be in violation of the decree.

Earlier on Sunday President Nicos Anastasiades toured Limassol to see for himself how the public was complying with the measures.

The presidential limousine was spotted by a CyBC camera crew who were in Limassol on another story.

CyBC said it was accompanied by one police car along the coastal road, on main roads as well as small neighbourhoods.

Citing sources, CyBC said that the president’s decision on whether to implement stricter restrictions would depend on the public’s compliance.

They added that the president had toured Nicosia yesterday.

Meanwhile, a CyBC correspondent said police in the Famagusta district had carried out 1397 checks on pedestrians and drivers, booking 48.

There were 700 checks on premises and no violations.

She added that in Larnaca, there were 1085 checks and 63 people were booked. Police checked 416 premises and found no violations.

379 booked in past 24 hours for breaking decree