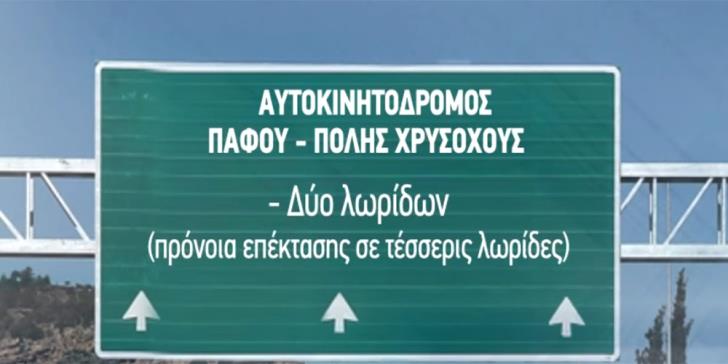 The Ministry of Transport and the General Auditor seem to move towards an agreement regarding the contruction of the Paphos-Polis Chrysochous highway. The Auditor General had expressed his disagreement with the proposed solution, mainly due to financial and safety reasons. Technocrats from the Department of Public Works undertook further study on these two issues and finally the positions of the two sides seem to converge.

For the construction of the two lanes of the first phase of the Paphos-Polis Chrysochous highway, from Agia Marinouda to Stroumpi, the amount of €5 million has already been approved and tenders are scheduled to be announced by the end of 2018. The overall cost is pre-calculated at € 60 million plus VAT