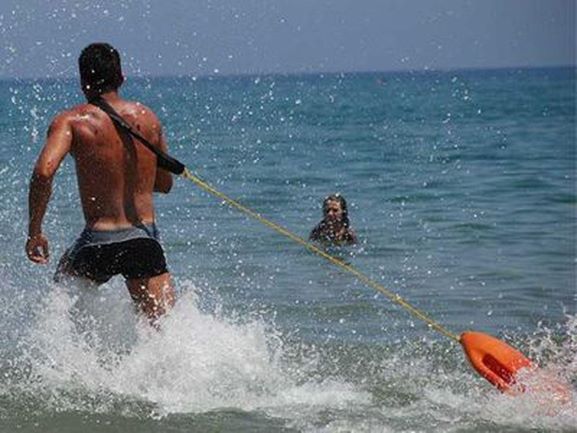 Lifeguards saved a 40 year old man from drowning at the Fig Tree bay in Protaras yesterday afternoon, saying it was unacceptable for beaches with thousands of bathers to be manned by just a single lifeguard.

Two lifeguards at the Fig Tree Bay beach carried the man to the coast and gave him first aid. He was rushed to the Famagusta General as he had taken in water.

Following this incident, the National Committee of Professional Beach Lifeguards called on the relevant authorities to move, even at the last gasp, towards increasing lifeguards at the Paralimni municipality area as it was unthinkable for beaches with thousands of visitors to only have a single lifeguard monitoring them.

‘In the absence of two lifeguards during yesterday’s incident, we would not be talking about a rescue, but an unjustified death at sea’, the committee says, noting the dangers.