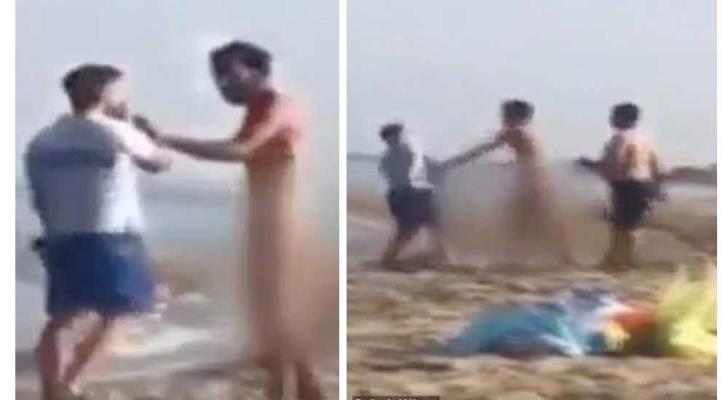 A fight broke out between a naked man and a lifeguard on a family beach in Turkish occupied north Cyprus after the beachgoer refused to put his clothes on, the Daily Mail reports.

It said that the exchange quickly disintegrated into a brawl, with kicks and punches.

A video posted by the Daily Mail shows a furious lifeguard approach the naked man. There is an exchange and then the situation turns violent with pushing and shoving and blows.

A third man then intervenes and pulls the naked beach-goer onto the sand before pinning him down.