LIFE with Vultures: a targeted effort to save the Griffon Vulture in Cyprus 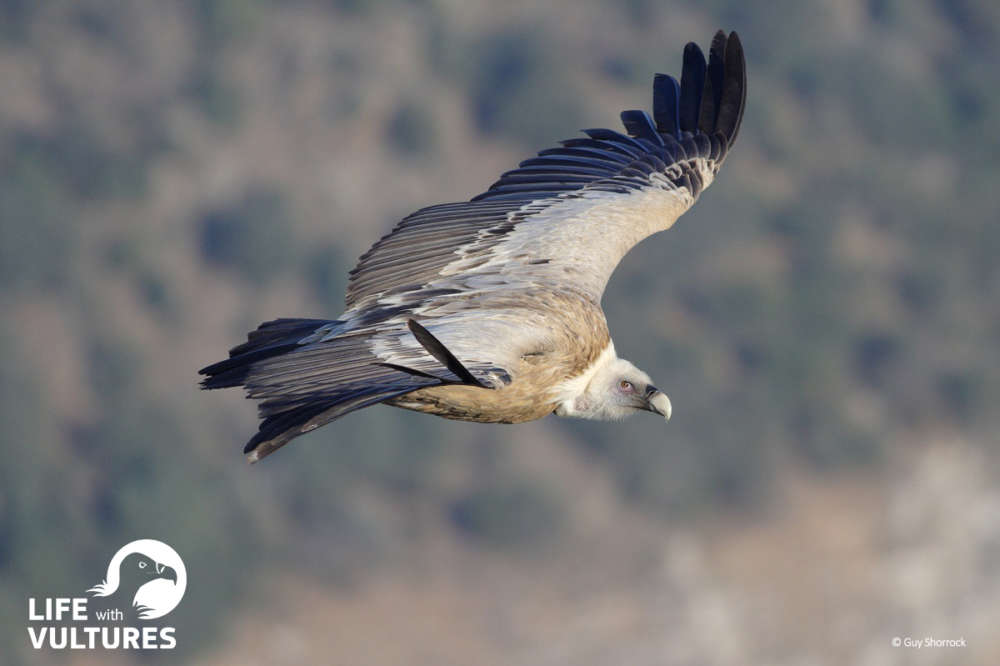 The Griffon Vulture Gyps fulvus is the largest bird in Cyprus with a wingspan that can reach 2.8 metres. In the 1950s, the population numbered several hundred birds, but with only 20-25 vultures remaining today, amounting to a 94% decrease, these iconic birds are now a rare sight in Cypriot skies.

The reasons behind the decline are many and complex, but the main threats facing the species are two: lack of food and poisoning, BirdLife Cyprus said.

Changes in livestock keeping, from extensive to intensive, meant the subsequent reduction of food availability for the Griffon Vulture, a carrion-eating bird of prey that roams widely in search of food. Their dietary habits are what make these birds an integral part of the ecosystem and at the same time highly vulnerable to poisoning, from illegally placed poisoned baits in the countryside. Although targeted at foxes and stray dogs, poisoned baits also affect vultures as well as other birds of prey.

Thanks to their unique eating habits, vultures are also known as ‘nature’s clean-up crew’ providing critically important ecosystem services by cleaning up after death and acting as natural carcass recyclers. Vultures also help livestock keepers, not only because they clean up the land, but also because they eliminate the need for the treatment and incineration of thousands of tons of animal remains every year.

Thanks to this free cleaning service, millions of euros can be saved in waste management and the potential emission of hundreds of thousands of tons of CO2 per year is avoided, for the benefit of all.

The EU-funded ‘LIFE with Vultures’ project aims to prevent the extinction of the Griffon Vulture population in Cyprus and aims to take measures to protect it, through concerted actions to address the species’ main threats. Specifically, the project includes actions against the use of poison baits, actions to counter collisions with overhead powerlines as well as actions to expand the feeder network that provides safe supplementary food to the vultures. Through the project, Griffon Vultures will be brought from Spain for release in Cyprus, in order to strengthen the extremely diminished Cypriot population.

The project rationale follows the global blueprint for vulture conservation (The Vulture Multi-Species Action Plan, endorsed by the Convention for Migratory Species), as well as the the relevant EU roadmap towards eliminating illegal killing and successful examples from other European countries. Actions against poisoning include the set-up of anti-poison units, consisting a specially trained dog and its handler, improvement of the process for responding to and handling poisoning incidents, training of officers from government agencies, actions for the proper investigation of poisoning incidents and law enforcement, as well as the creation of a National Action Plan for the management of poisons.

“Apart from the ecological importance of Griffon Vultures as nature’s clean-up crew, we also have a duty not to allow a species to go extinct on our watch on this planet. The ‘LIFE with Vultures’ project, will not only benefit vultures, but also other wildlife as well as a large number of dog owners who lose their dogs to poisoning in the countryside every year”, said Melpo Apostolidou, Project Coordinator at BirdLife Cyprus.

“Apart from the project partners, the contribution of other stakeholders is essential to this effort. The British Bases, the Veterinary Services, the Department of Forests, the Department of the Environment, the Department of Agriculture, the State General Laboratory, the Cyprus Police, the Law Office of the Republic of Cyprus, the Cyprus Electricity Authority, Local Authorities, livestock keepers, hunters, farmers and others are key to this effort and we are confident that they will contribute where it is needed”, said Nikos Kassinis, Senior Officer at the Game and Fauna Service.

The ‘LIFE with Vultures’ project, with a 1.3 million euro budget, is co-funded by the EU’s LIFE programme and will be completed in 2023. Project partners are BirdLife Cyprus as the coordinating beneficiary, the Game and Fauna Service, Terra Cypria – The Cyprus Conservation Foundation and the Vulture Conservation Foundation.

The project’s website will be soon made available and will contain more information about the project. Until then, please contact BirdLife Cyprus for further information.