Lesbos, once a Nobel peace contender, hardens its heart against migrants 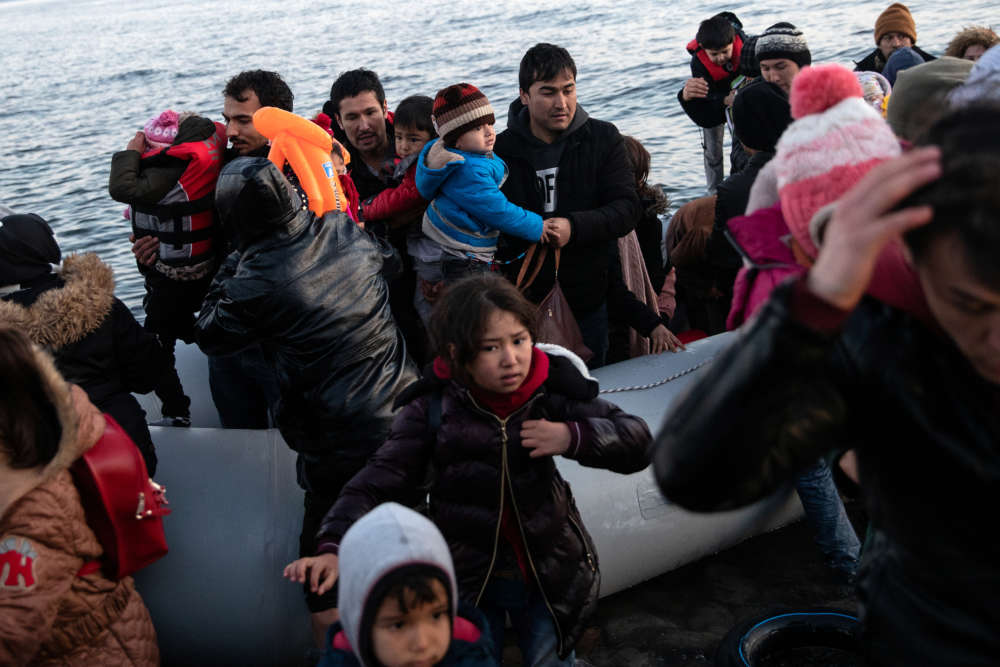 “Go away, go,” a smartly dressed Greek woman in sunglasses and a black leather jacket shouted in English at about 40 migrants in a dinghy bobbing near the small harbour. A headscarfed woman in the boat waved her forefinger, a baby on board wailed.

In an ugly standoff, which continued for about an hour on Sunday, about 20 locals on the Greek island of Lesbos jeered the migrants and kept pushing their dinghy away from the quay.

The chilly reception, though not necessarily representative, was a far cry from scenes in 2015 and 2016, when Greeks threw open their homes to refugees fleeing war in Syria and elsewhere, and Lesbos residents were contenders for the Nobel Peace Prize.

Five years on, another crisis is in the making after Turkey said it would no longer contain hundreds of thousands of migrants under a 2016 deal brokered with the European Union to stop them heading to Europe.

For Lesbos, Greece’s third-biggest island and located barely four miles from the Turkish coast, it is a perfect storm.

The island already hosts more than 20,000 asylum seekers, many of them living in filthy conditions in one overcrowded camp, Moria, which was originally intended to accommodate fewer than 3,000.

Islanders say they are being forced to shoulder a disproportionate share of the migrant burden. Last month they rioted over government plans to create new reception facilities on Lesbos to replace existing one.

“They (the migrants) were refugees of war then (in 2015-16). Now they are economic migrants,” said Costas Moutzouris, governor of the Northern Aegean, which includes a cluster of islands hosting thousands of migrants.

Aid organisations have started pulling out volunteers after being harassed. On the road towards Moria, informal roadblocks have sprung up, manned by locals quizzing people about their movements.

“Most of the volunteers are leaving,” one worker with a major aid group told Reuters, on condition of anonymity.

One volunteer, U.S. citizen Charlie Meyers, said he would probably leave Lesbos on Tuesday. “The mood is categorically different. It used to be the island of solidarity but it seems like the locals are exhausted.”

Moutzouris said the past five years had changed people.

The dinghy that drew angry jeers on Sunday was eventually allowed by authorities to dock and its passengers came on shore.

“Why are they here? They are their kids, not ours,” shouted the smartly dressed woman. “Rabbits,” another man sneered at the sight of a pregnant woman.

The anonymous aid worker, who has been on Lesbos for four years, said such scenes were not typical.

“A lot of locals are very nice and support us. It’s a small group of locals who are very aggressive and dangerous.”

By In Cyprus
Previous article2019 tourism revenue slips by an annual 1%
Next articleSurvey: Environment and climate change important to 97% of Cypriots

Prince Philip to have ceremonial funeral on April 17, Harry to attend