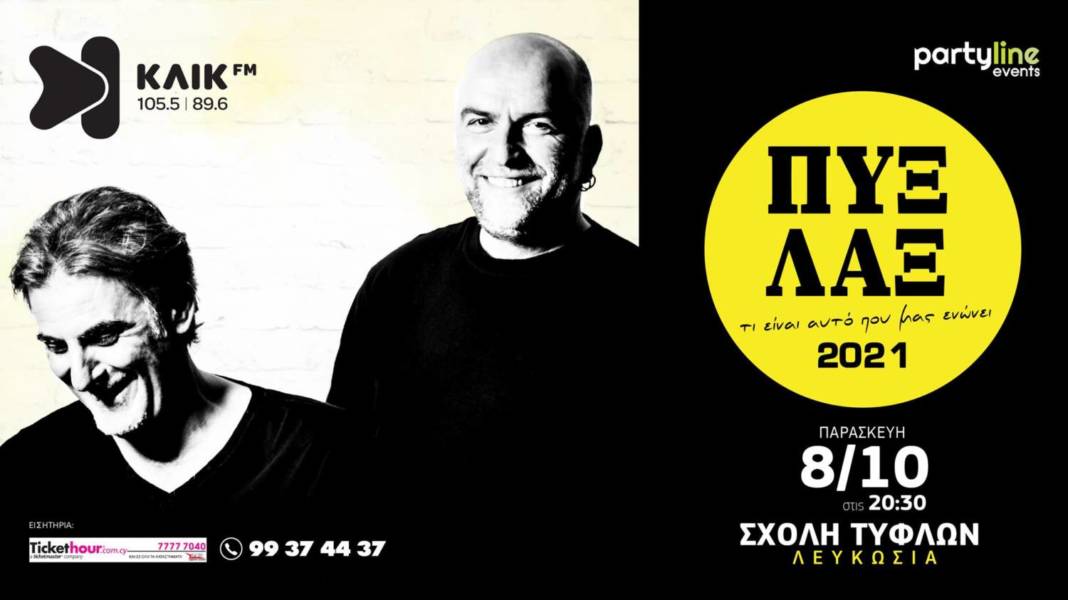 The legendary Greek rock band Pyx Lax (Πυξ Λαξ) comes to Cyprus for one and only concert in Nicosia to remind what connects us (Τι είναι αυτό που μας ενώνει) and make us sing with them their most iconic hits.

Originally formed in 1989, Pyx Lax released their first recording in 1990, and had a critical and commercial success in the Greek music industry for more that two decades. They are considered as the most successful, commercially, group in the history of Greek discography with three gold and five platinum albums.

The name “Pyx Lax” (Greek: Πυξ Λαξ) derives from ancient Greek, meaning “Punching and Kicking”, and was inspired by the title of a theatrical play which was taking place in Athens at the period in which the band was formed in 1989.

Their name is officially spelled as Pyx Lax in the English language [It appears this way in all three of their international recordings: Let the picture do the talking (1999), Panic! The Remixes (2000) and Haroumeni stin Poli ton Trelon (2003)]. However, a Latinised spelling of the band’s name is also given: “Pix Lax” on Zoriki Kairi (1991).

Pop-Up Art Show: Exhibition on May 12