‘Left to the dogs’: migrants at Turkey-Greece border lose hope 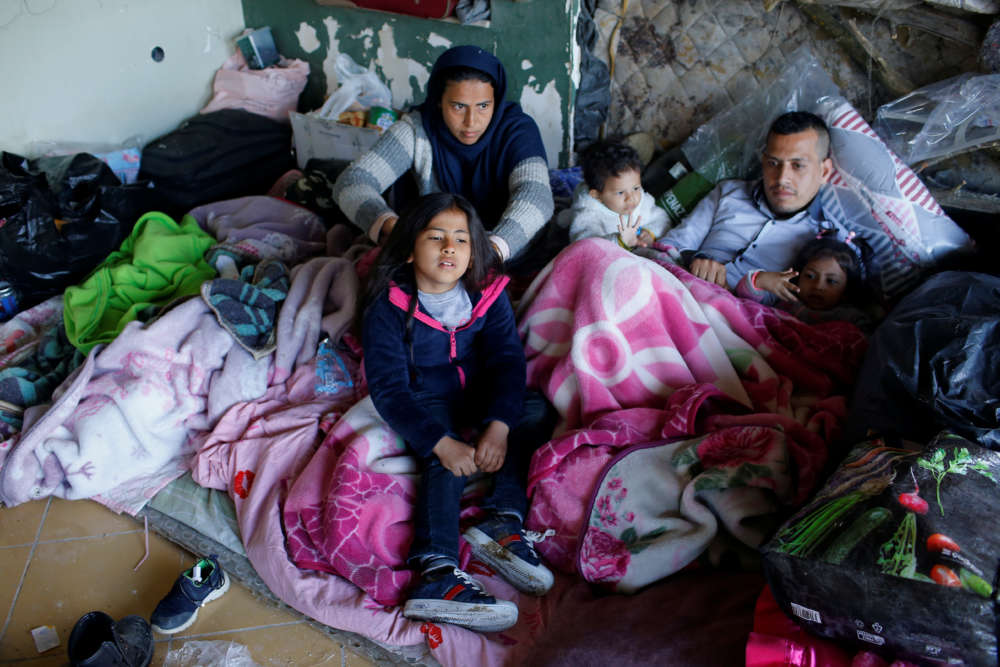 When Sawsan al-Musawa heard last week that President Tayyip Erdogan had opened Turkey’s borders for migrants to cross into Europe, the Syrian mother of four left a refugee camp in eastern Turkey and headed west to the Greek border.

Six days later, Musawa and her children, including two sons with cerebral palsy, were camping at a bus station in the border city of Edirne, tired, frustrated, and angry as their dream of a new life in Europe came to an abrupt end at the EU frontier.

“Why did he (Erdogan) do this to us if he knew Greece won’t let us cross?” she asked, sitting on a rug near a pile of bags full of clothes and diapers for her sons, aged 13 and 7, who lay on the ground making jittery movements and looking scared.

Thousand of migrants from Syria, Afghanistan, Iran, Pakistan and Africa are camped out along a stretch of the border between Turkey and Greece, two NATO allies whose relations – never easy – have been further strained by the migrant crisis.

Now, many migrants are confused and unsure what to do.

Some like Musawa said they had spent their paltry savings on the 1,300-kilometre (800-mile) journey from a refugee camp outside the southeastern Turkish city of Gaziantep to Edirne in the country’s northwest, near to Greece and Bulgaria.

Others started boarding buses to head back to places across Turkey where they had built temporary lives, doing menial jobs.

Men, women and children still holding out hope sat on the banks of the Maritsa river, feeding on biscuits, potato snacks and soft drinks handed out by aid groups and local charities.

Families started bonfires as the sound of crying babies blended with the muezzin’s call to prayer blasting from a towering white mosque.

“ERDOGAN IS USING US”

Turkish police have closed the main bridge in Edirne toward the Greek border to migrants and journalists, allowing only local residents to pass.

The crisis started last week after Turkey, host to 3.6 million Syrian refugees, said it would no longer abide by a 2016 deal to halt migration flows to the European Union in return for billions of euros in aid.

“Erdogan is using us to press the EU for money,” said Tamam Srmini, a 21-year-old from the Syrian city of Aleppo. “But we have to try. We have no choice. We have no future in Turkey.”

He and six other Syrians were trekking through fields, helped by maps on their mobile phones, hoping to find a spot shared by friends where they might be able to cross the border.

Under a metal railway bridge, vans picked up African migrants and shuttled them on dirt roads toward the border. Villagers cast their fishing rods nearby undisturbed.

“They are smugglers,” said Mohammed Shmbati from Sudan. “They take 50 (Turkish) liras per head, as if it’s not enough that the Turkish government is using us like pawns. Women and children can’t walk there, so they take advantage.”

Turkey says it has not asked any Syrian refugees to leave.

Back at the bus station, Musawa asks her cousin Taher, who helped her to reach the border, to chase away street dogs trying to open biscuit bags.

By In Cyprus
Previous articleNicosia court upholds confiscation orders for €372,600 in corruption case
Next articleUPDATED-NGO slams President’s ‘conservative’ speech as women stand up for equality (photos)