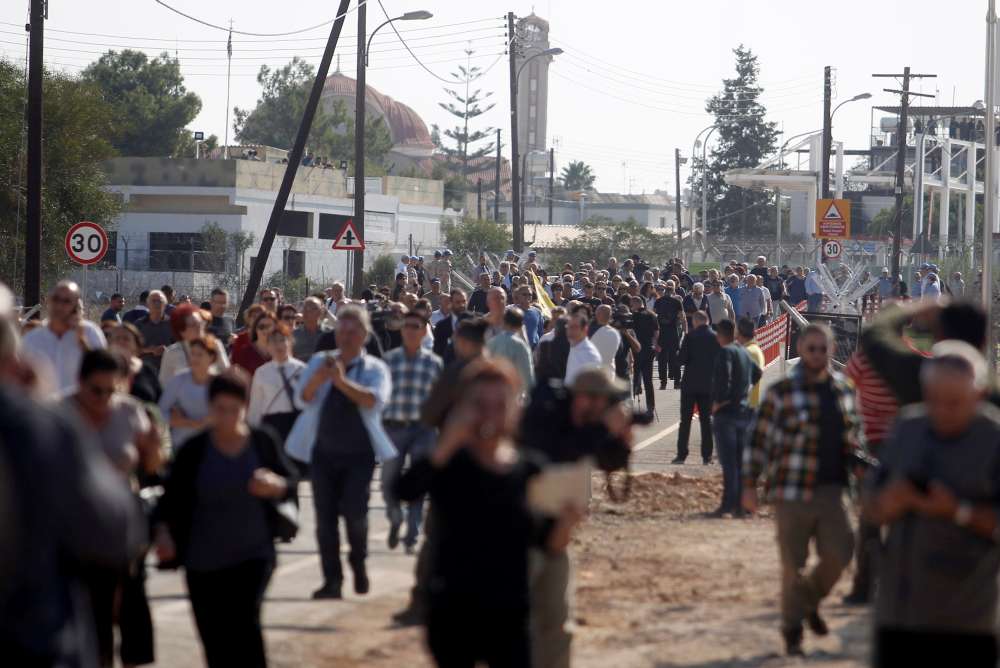 More than 100 people waited at the Deryneia checkpoing from early on Monday morning, to cross to the north, CNA reported.

Greek and Turkish Cypriot media, as well as international media, covered the openings. 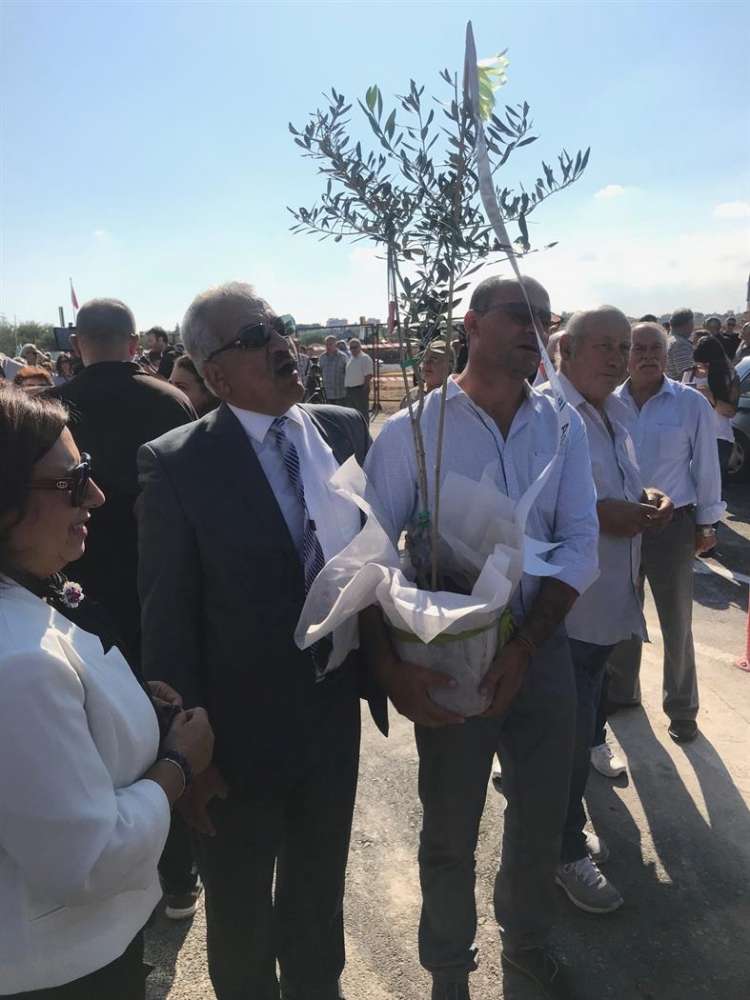 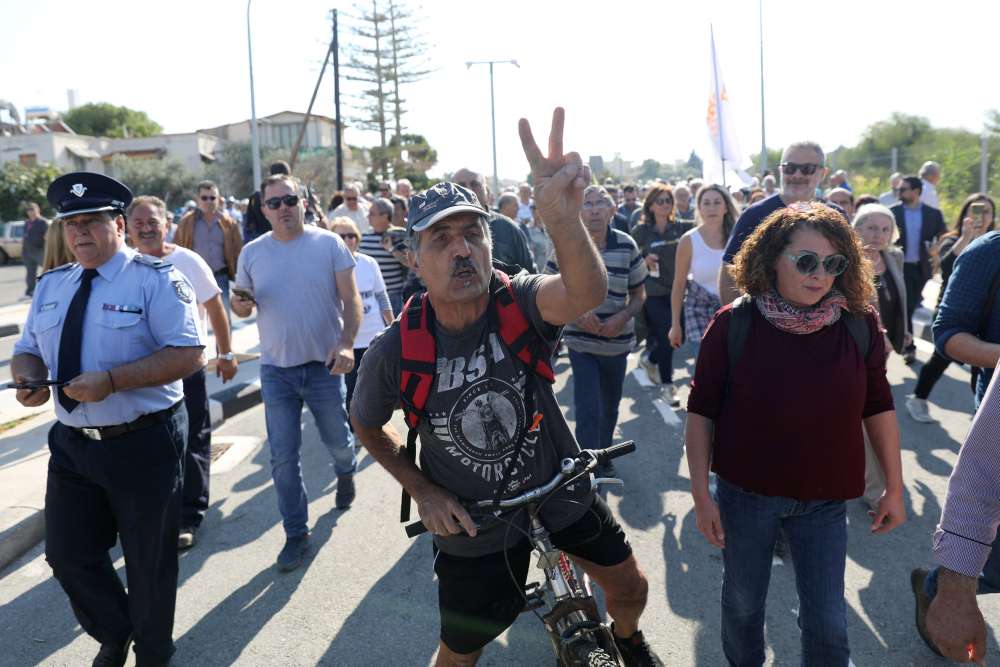 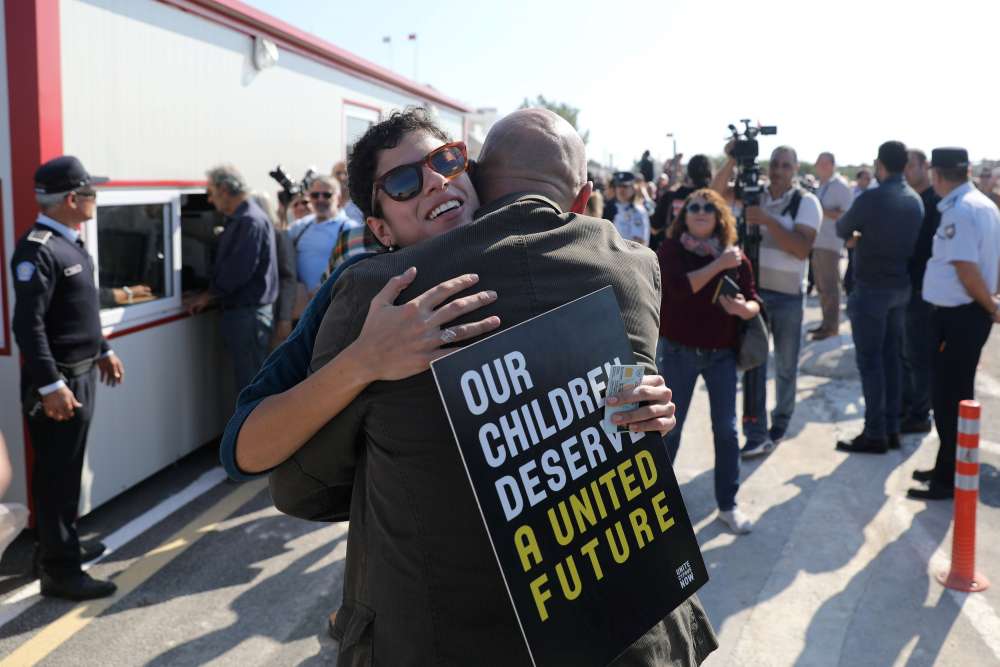 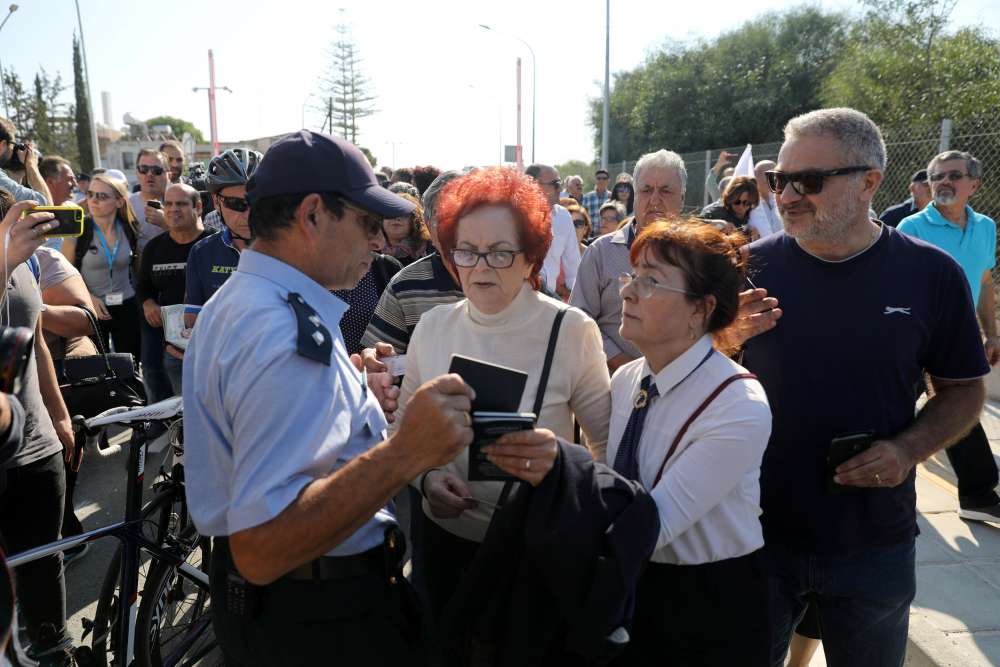 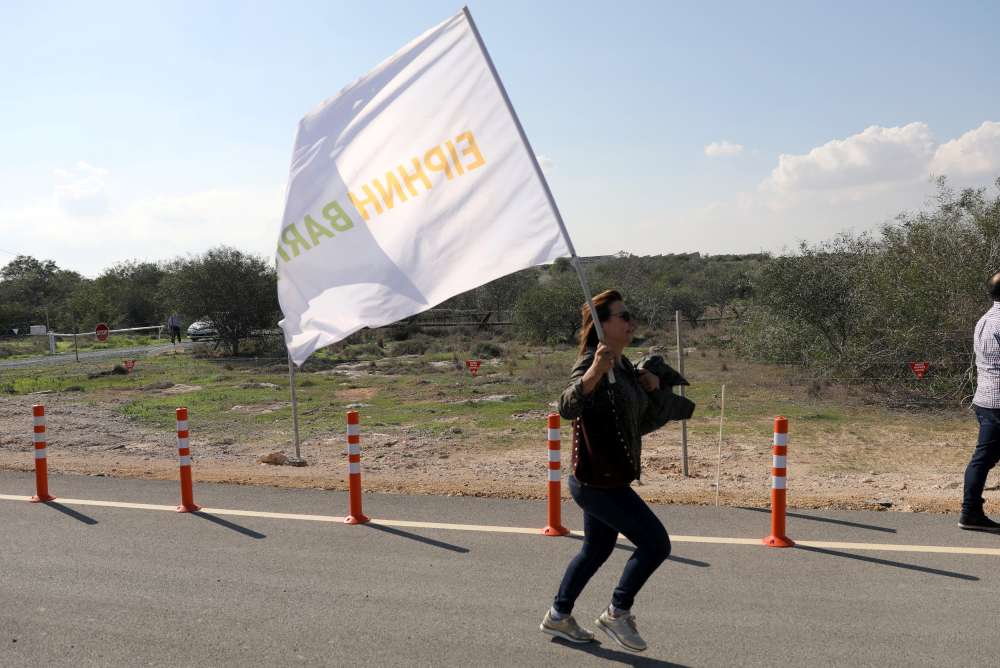 Some protesters who are against the openings of crossing-points, including far-right party ELAM were present in Deryneia.

According to philenews, around 10:30 am a verbal dispute started between them and proponents of the openings.

Deryneia mayor Andros Karayiannis and police wearing anti-protest gear were at the location, trying to control the situation.

Kato Deryneia residents went on a peace march, holding pictures of Turkish-occupied landmarks of the area. “We experience this day with mixed feelings, as Kato Deryneia is deserted and used for military purposes,” they told Phileleftheros. 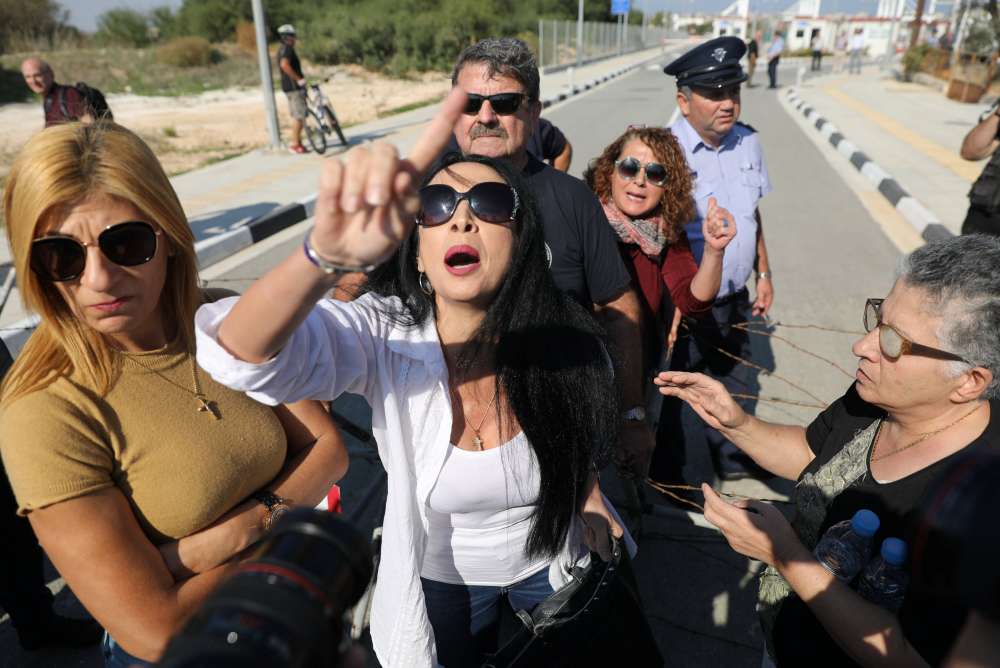 The crossing point in Lefka-Apliki opened shortly after noon on Monday.

In Lefka, a small celebration with Cypriot dances preceded the opening. Turkish Cypriot residents of the area welcomed Greek Cypriots with olive branches and offered them oranges and tangerines.

Lefka, a large mixed village in the Turkish occupied north of Cyprus, is 52 km west of the capital Nicosia. Nestled between mountains and sea, it connects with Karavostasi village (4km) and Xeros (around 4.5km), in the south with Apliki village and south-easterly with Skouriotisa.

Deryneia, in the east of Cyprus, is only two kilometres away from the Turkish occupied town of Famagusta. The crossing point, located at Famagusta Avenue, leads straight into Turkish occupied Famagusta town. However, residents of the Famagusta district in the government controlled areas had to  travel through the Vrysoules checkpoint and go all the way round, making a 40 minute journey to enter the town.

The opening of the crossings was agreed by Akinci and Anastasiades in 2015.