‘Ledra Arcade’ also up for sale 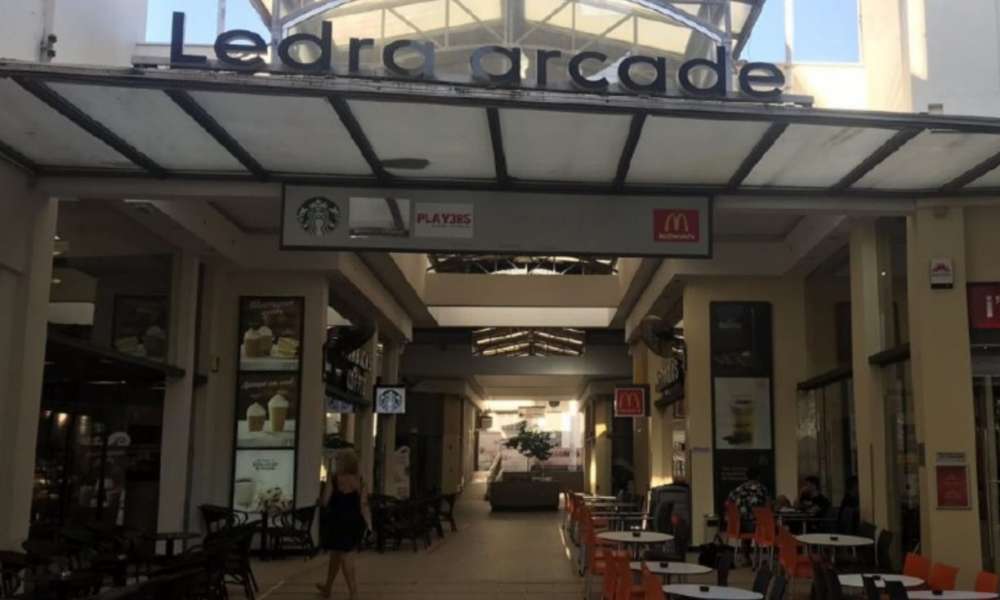 ‘Ledra Arcade’ commercial centre in Nicosia’s pedestrianised Ledra Street is also up for sale by the Bank of Cyprus’ Real Estate Management Unit (REMU) following a loan restructuring agreement between the lender and CTC Group.

REMU has placed the property in the process of bidding which must be submitted by June 7 at a starting price of €10.5 million. ‘Ledra Arcade’ is one of the most distinctive locations of the lively street with five shops in operation – among them McDonalds and Starbucks.  Other shops are currently vacant.

In addition, there is a pay parking place at the basement of the Arcade with a capacity for 170 cars and a total area of ​​4,500 sq. metres.

The data is particularly positive for investors since they will know in advance that the investment will have revenue and a return. But it should not be taken for granted that there will be investment interest even though the building will be extended by two more floors.

There were plans in the past to transform the Arcade into a small commercial centre. And Greece’s real estate investment company Trastor REIC also expressed acquisition interest at one point.

Meanwhile, REMU and Bank of Cyprus appear to be considering the possibility of setting up a second fund that will include income-generating properties to be sold as a package to interested investors.

This was the case with the Bank of Cyprus’ Cyreit Fund which was later sold to Greece-based NBG Pangaea Real Estate Investment Co. The final approval by the Cyprus Securities and Exchange Commission is now expected for the transaction to be completed.