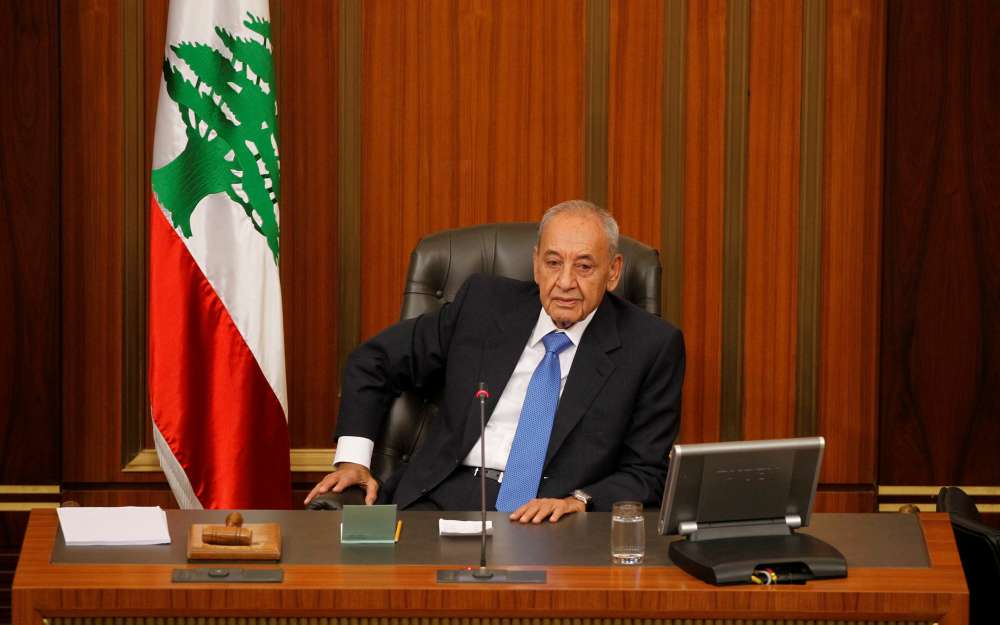 Lebanon insists any demarcation of its sea boundary with Israel be implemented only as part of a wider package including the land border, and wants this in writing, the parliament speaker said on Wednesday.

Senior U.S. official David Satterfield has been shuttling between Lebanon and Israel in an effort to launch the talks between the countries, which have remained formally in a state of war since Israel was founded in 1948.

But Lebanese Parliament Speaker Nabih Berri, speaking to MPs in his parliamentary bloc on Wednesday, said two issues were still pending and hoped that “work will be done towards solving them”, one of the MPs, Ali Bazzi, said in televised comments.

“The first matter is related to the linking of the land and sea (borders),” Bazzi said. “The American position was talking about a verbal agreement, but everyone knows the stance of Speaker Berri on this issue – we don’t even trust Israel in a written agreement, let alone an oral one,” he said.

Lebanon also wants the United Nations to sponsor the talks rather than simply host them, Bazzi cited Berri as saying.

A statement from Berri’s office on Tuesday said Lebanon wants the U.N. representative in Lebanon to sponsor the meetings “to deny the Israeli enemy the opportunity of snatching Lebanese rights”.

A senior Israeli official has said that a U.N. peacekeeper position at Naqoura in southern Lebanon would be a possible venue for the U.S.-mediated talks.

Berri, Lebanon’s point person with Satterfield, is a close ally of the powerful Lebanese Shi’ite group Hezbollah, a political and military organisation backed by Iran that has fought numerous conflicts with Israeli.

Steinitz said it was likely that as soon as the talks begin, energy groups operating in both Israeli and Lebanese waters would be able to carry out the first seismological survey of the disputed area.