Leaders to try to restart Cyprus talks at their meeting, Spokesman says 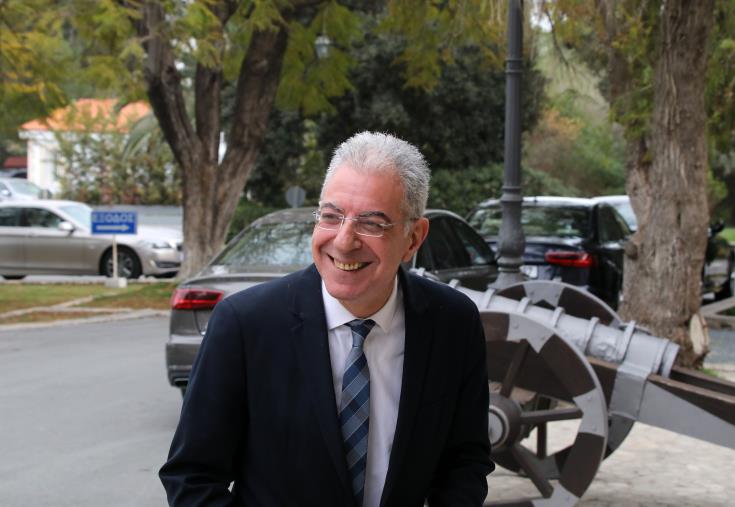 Government Spokesman Prodromos Prodromou said on Sunday that during President Nicos Anastasiades’ meeting with Turkish Cypriot leader Mustafa Akinci, scheduled to take place before the middle of August, the two of them will make an effort to restart the talks.

“There has been an understanding with Mr Akinci and this is why it has been announced that before the middle of August there will be an informal meeting of the President with the Turkish Cypriot leader”, Prodromou told the press after a memorial ceremony in Ayios Ioannis of Pitsilia, Limassol.

The President’s wish, he continued on, “is to discuss freely and go over all the subjects in order to reach the resumption of the talks”, noting that this has to take place “within an appropriate climate, without Turkey’s provocations or illegal interventions”.

Prodromou said that the talks must restart from the point they stopped in Crans Montana, Switzerland, based on the framework of the UN Secretary-General, the so-called Guterres framework, with its six parametres, the relevant decisions and resolutions and EU’s principles and values. He added that the final agreement must take into account the issue of security.

The Spokesman said that it was not clear yet whether UN Secretary General’s Special Envoy Jane Holl Lute would be present at the meeting of the two leaders.

“We hope that the meeting will revolve around the real issues of the Cyprus problem without any effort to include other issues that might be a factor of obstruction or distraction”, he added.

Replying to a question, the Spokesman said that the talks cannot restart as long as the other side continues to provoke, to violate rights and to cause tension.

Invited to comment on the statement of Turkish Vice President that the talks will not restart from the point they stopped, the Spokesman said that the Greek Cypriot side’s intention is to begin the talks from the point those left off to utilize the progress that has been made rather than beginning from scratch, but also to avoid any attempts to divert the procedure from the UN framework.