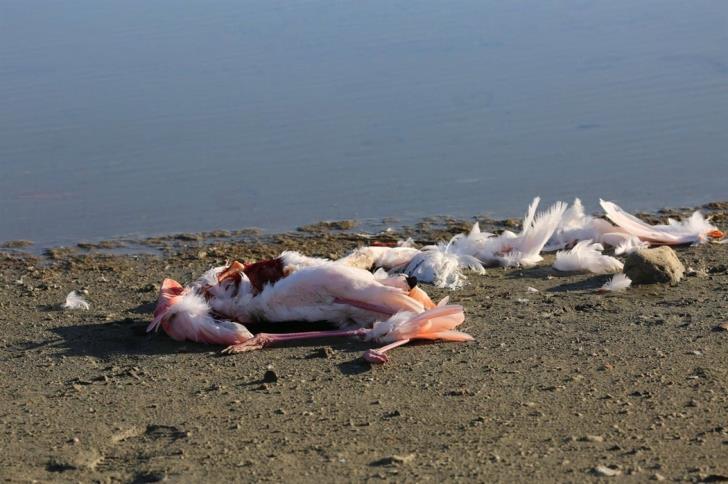 In a post on Facebook after photographs of the dead flamingos were posted on line, the mayor said he had contacted the head of the Game Service Pantelis Hadjigyrou who told him that the lead poisoning is due either to remaining pellets from the old shooting range or from pellets in the actual lake, which in combination with the extreme cold, had led to the flamingos’ death.

The mayor noted that there are currently some 9,000 flamingos in the salt lakes.

“It is worth noting that a small number of flamingos from the thousands which visit Larnaca salt lake every year die of the same reason,” he said.

But the mayor added that when the shooting range was moved to another location, the salt lake had been cleared from pellets.

“As a municipality we will consider the possibility of additional cleaning of the salt lake so that even this small number of dead flamingos every year is avoided,” he concluded.

Some of the flamingos in the photographs appeared to be decapitated. Asked about this on his Facebook pages, the mayor said this was the work of foxes, but after the flamingos had died.

Meanwhile, Hadjigerou told philenews that the phenomenon should not give grounds for concern, noting that the combination of the cold which increased stress and of the pellets were responsible.

Even though the Larnaca salt lake had been cleared of pellets, residue remains. The disposal of rubbish in the area was another unfortunate factor which harms the birds’ habitat, he added.