Lawyers call on Greek nationals to turn against Cyprus 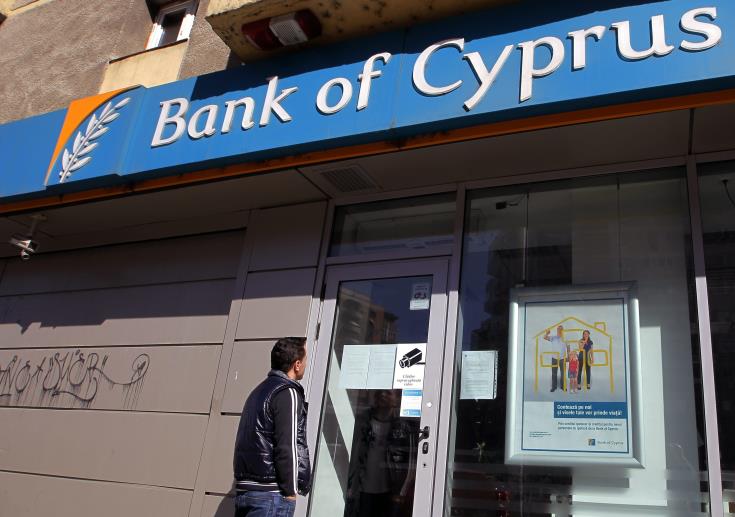 A law firm in Greece is calling on Greek nationals whose deposits were lost in the ‘haircut’ which followed the Cypriot banking system’s collapse back in 2013 to demand that money back. Especially now, the firm argues, that the Cyprus economy is on the bend while Greece’s is still ailing.

The firm, whose call is posted on a Greek website, also notes that almost six years after the island’s bail-in, this matter is under the focus of a number of Greek law firms whose clients are Greek nationals with deposits, back in 2013, were with the Bank of Cyprus, Laiki Bank, Marfin Popular Bank and Marfin Egnatia Bank.

“Thousands, probably hundreds of thousands, if not millions, of Greek citizens had trusted Cypriot banks with their funds in a bid to cover future expenses such as their children’s studies, but also their own pensions. These deposits, acquired through decades of hard work, disappeared within a day back in March 2013. Over the past five years, the Cypriot economy’s recovery was rapid and it is now flourishing. At the same time, the Greek economy has been weakened, partly due to the Cyprus bail-in, with many Greek citizens suffering the consequences. ”

The same firm then argues that “it is time for the Cyprus government to return the funds confiscated from Greek citizens. Although Cyprus has claimed that it had no choice but to go through with the bail-in solution, data we have accumulated after years of thorough research shows that the expropriation had violated the rights of Greek citizens who are protected under International Law, i.e. the ‘Agreement between the Government of the Hellenic Republic and the Government of the Republic of Cyprus on the Mutual Promotion and Protection of Investments’. There is still hope that Greek citizens will be able to recover some or all of their lost funds.”

Read more: Cyprus has managed to stand on its own two feet, FinMin says

After the dire situation in which Cyprus found itself in 2013, it managed through a collective effort to stand on its own two feet, to stop its free fall and to make “strong recovery steps”, Cypriot Finance Minister Harris Georgiades stressed addressing the 14th Economist conference.

In his address Georgiades referred to the fall and recovery of the Cypriot economy noting that during the period of 2009 to 2014 Cyprus lost 10.5% of its GDP while in the period of 2015 to the end of 2018 it will have earned back 15% of its output.

This, he stressed, “means that things are going better.”

And when, he continued, a few weeks ago we managed to achieve investment grade status, this means that “recent difficult decisions we were called on to make, have been truly vindicated and create security and prospect.”

According to Georgiades, the same numbers, the same cold data or our economy, are also indicative of something else that is to say that “we still have a way to go. We are still lacking. We can raise the bar of growth and prosperity even higher. And that we therefore must continue the effort.”

Replying to a question on the “ESTIA” scheme aimed to help borrowers who are in trouble pay off their NPLs the Cypriot Minister of Finance noted that “it is an extraordinary measure because we are facing an extraordinary problem.”

Georgiades further pointed out that all the new lending since 2013, which covers almost a six year is performed lending, something which according to him indicates that “lending practices has been improved.”

However, he said, the old stock of private lending is huge, and we have to cut it, adding that this is just another means, another instrument. “It is not perfect, I know, lets not discuss the obvious”, he said, adding that “we have to do something in order to unblock the situation.”

Replying to a question on Cyprus` reputation concerning anti-money laundering, Georgiades said Cyprus` reputation as a credible financial centre has been questioned “but I do feel and I strongly believe this is representation of the past and not of the present”, as this “was an area where progress has been more significant than any other.”

He acknowledged that banking practices ten years ago were very lax, something which has fuelled banking sector imbalances.

“Everything has changed. Some would complain we have come to the other end of the spectrum,” he went on to say

Replying to a question on the “ESTIA” scheme aimed to help borrowers who are in trouble pay off their NPLs the Cypriot Minister of Finance noted that “it is an extraordinary measure because we are facing an extraordinary problem.”

Georgiades further pointed out that all the new lending since 2013, which covers almost a six year is performed lending, something which according to him indicates that “lending practices have been improved.”

However, he said, the old stock of private lending is huge, and we have to cut it, adding that this is just another means, another instrument. “It is not perfect, I know, lets not discuss the obvious”, he said, adding that “we have to do something in order to unblock the situation.”

On his part, Rolph Strauch Chief economist, member of the management board, European Stability Mechanism (ESM) said that “we are proud to see Cyprus has mastered difficulties and is now standing on its own feet.”

Referring to the ‘haircut’ of deposits that was imposed as part of Cyprus’ programme Strauch said that “unusual steps and unprecedented steps” had to be taken. The experience of Cyprus which has been very painful at the time, he noted, was relevant for the development of the banking union. At the beginning, he recalled, banks were bailed out, adding that we have moved away from that approach and banks are held accountable and the burden is not put entirely on others.

According to Strauch it is important to know that the banking sector has strengthened today, but noted that NPLs ratio remains too high a problem in this country and beyond as well as banks’ low profitability. A number of prominent money laundering scandals in Europe have proved that we need to work on this, he pointed out. He also expressed the wish that EU leaders would decide during their December summit tangible outcomes and spoke of the need to strengthen ESP and review its tool kit.

He called for a steady reduction in non-performing loans and high private debt, as an issue of priority, adding that this should be supplemented by structural reforms and particularly the court system.

Gerson noted that the recently created state-owned Asset Management Company should have strong governance and transparency to maximise efficiency.

“The government should resist the temptation to increase spending. Spending growth should be kept in line with the growth in GDP,” he added.

On his part, Evgenios Evgeniou, CEO of PwC Cyprus called for “a bold agenda form reforms with broad political and social
consensus.”

He specifically referred to the need to increase productivity, competitiveness, increase ease of doing business and the reform in the court system.