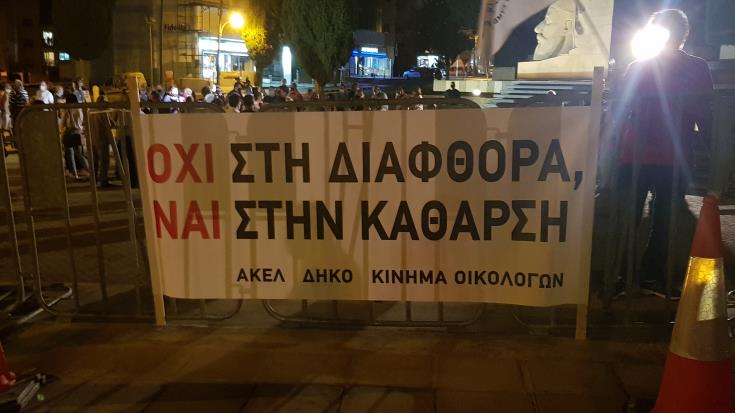 Cyprus has managed to implement satisfactorily seven of the 16 Recommendations of GRECO and not to be considered as globally unsatisfactory, the Attorney General’s Office said on Tuesday.

In a press release regarding the publication of the Second Compliance Report of Cyprus to GRECO on the Prevention of Corruption in Members of Parliament, the Judiciary and the Prosecution, the AG’s Office also said: “Cyprus has managed to implement satisfactorily seven (7) of the sixteen (16) Recommendations and not to be considered as ‘globally unsatisfactory’ (overall unsatisfactory compliance).”

“This is largely due to the successful implementation of all four Recommendations concerning the Prevention of Corruption in the Judiciary.  For this thematic group there is no longer any other outstanding issue since all recommendations have been met satisfactorily,” it says.

With regard to the Prevention of Corruption in the Prosecution Authorities, “the Recommendation on the autonomy of law officers and prosecutors remains not implemented and will be fully satisfied with the promotion and enactment of the bill concerning the Independence of the Attorney Genera’s Office of the Republic.”

“The Attorney General’s Office has drafted the aforementioned bill and is pending on the Executive,” it added.

With regard to the Prevention of Corruption in Members of Parliament, “there are still outstanding issues, one of which is the drafting of a Code of Conduct for its Members covering issues of conflict of interest, contacts with lobbyists, declaration of gifts and dedicated training.”

“A specific reference in the Report states that progress in this area appears all the more pressing, the recent serious allegations of undue influence of third parties over some Members of Parliament,” the press release concludes.
Read More: GRECO stresses need for code of conduct for MPs in Cyprus