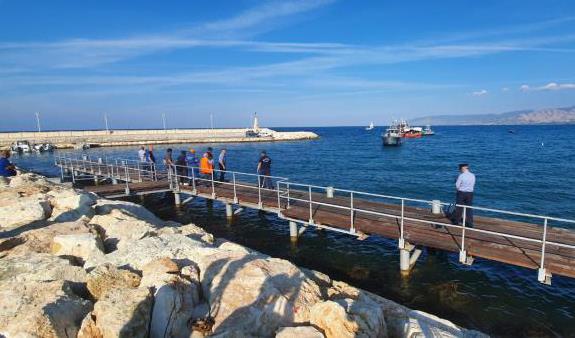 The Paphos district court has remanded today in 8-day custody the 19 year old man from Turkey who was named as one of the traffickers of the immigrants that arrived in Latsi yesterday, Phileleftheros reports.

According to other passengers, the 19 year old was the handler of the boat from the moment of its departure from Alanya port in Turkey until its arrival on the Cyprus coast.

The police are now looking for the man’s accomplices as it is believed that he is part of a larger network that moves immigrants from Turkey to Cyprus.

The speed boat was spotted yesterday around 5am at 35 nautical miles north of Cape Arnaoutis moving towards the Chrysochou Bay. Two port police boats from Latsi harbour approached the boat and accompanied it two hours later to the Latsi harbour.

34 immigrants were counted as the boat passengers, all male aged 17-40.

After receiving humanitarian care, they were transferred to Polis Chrysochous police station where their details were taken as well as their statements. They said they had to pay to their Turkish traffickers $3,000 – $4,000 each for the journey to Cyprus.

The immigrants were then taken to the Kokkinotrimithia temporary refugee camp.