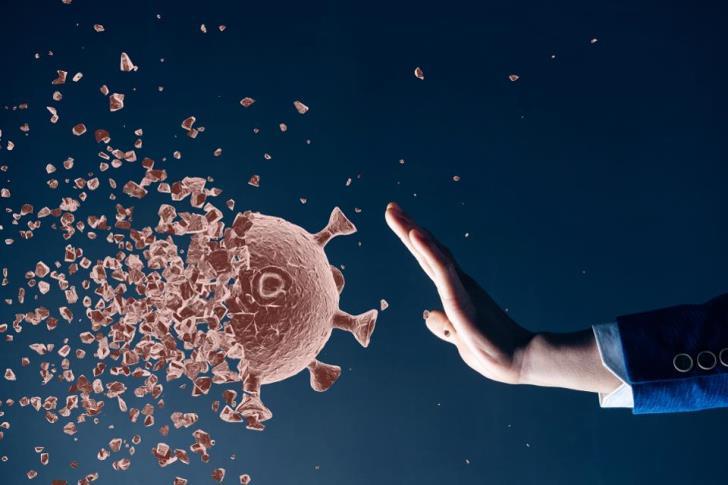 More than 1.97 million people have been reported to be infected by the novel coronavirus globally and 128,445 have died, according to a Reuters tally as of 02:00 GMT on Wednesday.

U.S. deaths from the coronavirus topped 28,300, according to a Reuters tally, as officials debated how to reopen the economy without reigniting the outbreak.

U.S. President Donald Trump halted funding to the World Health Organization over its handling of the pandemic, drawing condemnation from infectious disease experts.

New York City revised its official COVID-19 death toll sharply higher to more than 10,000, to include victims presumed to have perished from the lung disease but never tested.

Canada’s economic shutdown will last for weeks more to ensure that measures to fight the coronavirus are working, Prime Minister Justin Trudeau said, while the country’s death toll crossed 900.

Apple Inc said it would release data that could help inform public health authorities on whether people are driving less during lockdown orders to slow the spread of the coronavirus.

Nurses at a public hospital hit by Mexico’s worst coronavirus outbreak were told by their managers not to wear protective masks at the start of the epidemic to avoid sowing panic among patients, nurses and other medical workers said.

There have been 126 confirmed cases of the coronavirus among oil and gas workers in Brazil, including 74 people who were recently on offshore oil platforms.

Britain’s economy could shrink by 13% this year due to the government’s coronavirus shutdown, its deepest recession in three centuries, the country’s budget forecasters said.

The UK’s true death toll from the coronavirus far exceeds estimates previously published by the government, according to broader official data that include deaths in the community such as in nursing homes.

The European Commission plans to narrow controls on the export of coronavirus protective equipment to just a single product – masks – as well as exempt the countries of the western Balkans from the restrictions.

A lowering in the number of new coronavirus cases in Germany is probably due to less testing over Easter and the outbreak is not yet contained, a top health institute cautioned.

France said its total death toll from COVID-19 infections rose above 15,000, becoming the fourth country to exceed that threshold after Italy, Spain and the U.S.

Spain and Austria allowed partial returns to work on Tuesday but Britain, France and India extended lockdowns to rein in the new coronavirus.

Cycling teams are gearing up for the Tour de France to be held in August rather than the usual July, after French President Emmanuel Macron said big public events would be halted until mid-July.

China reported a decline in new confirmed cases of the coronavirus in the mainland, although an increasing number of local transmissions in its far northeast bordering Russia remained a concern.

Doctors say authorities in one of India’s most populous states are slowing down the detection of coronavirus cases with a cumbersome, bureaucratic testing process that is putting health workers at risk.

Pakistan announced a two-week extension to the nationwide shutdown, but said some industries would reopen in phases.

Taiwan on Tuesday reported no new cases for the first time in more than a month, in the latest sign that its early prevention methods have paid off.

New Zealand Prime Minister Jacinda Ardern, ministers in her government and public service chief executives will take a 20% pay cut for the next six months.

A first “solidarity flight” of medical supplies from the World Health Organization landed in Addis Ababa, Ethiopia, for distribution in Africa.

Turkey passed a law that will allow the release of tens of thousands of prisoners to ease overcrowding in jails and protect detainees.

Iraq has suspended the licence of the Reuters news agency after it published a story saying the number of confirmed cases in the country was higher than officially reported.

Sudan will impose a three-week lockdown on the capital Khartoum after 10 more cases were discovered on Monday.

Namibian borders will remain closed and a partial lockdown in force for a further two-and-a-half weeks until May 4, President Hage Geingob said.

Uganda extended its lockdown by an extra three weeks until May 5.

Asian share markets took a breather as warnings of the worst global recession since the 1930s underlined the economic damage already done even as some countries tried to re-open for business.

The global economy is expected to shrink by 3.0% this year which will be the steepest downturn since the Great Depression, the International Monetary Fund said.

A measure of Australian consumer sentiment collapsed in April to a 30-year low.

Nearly 95% of Colombian businesses surveyed by the chamber of commerce guild have seen sales drop more than 50%.

Boeing Co reported another 75 cancellations for its 737 MAX jetliner in March, as the coronavirus crisis worsened disruptions from the grounding of its best-selling jet.