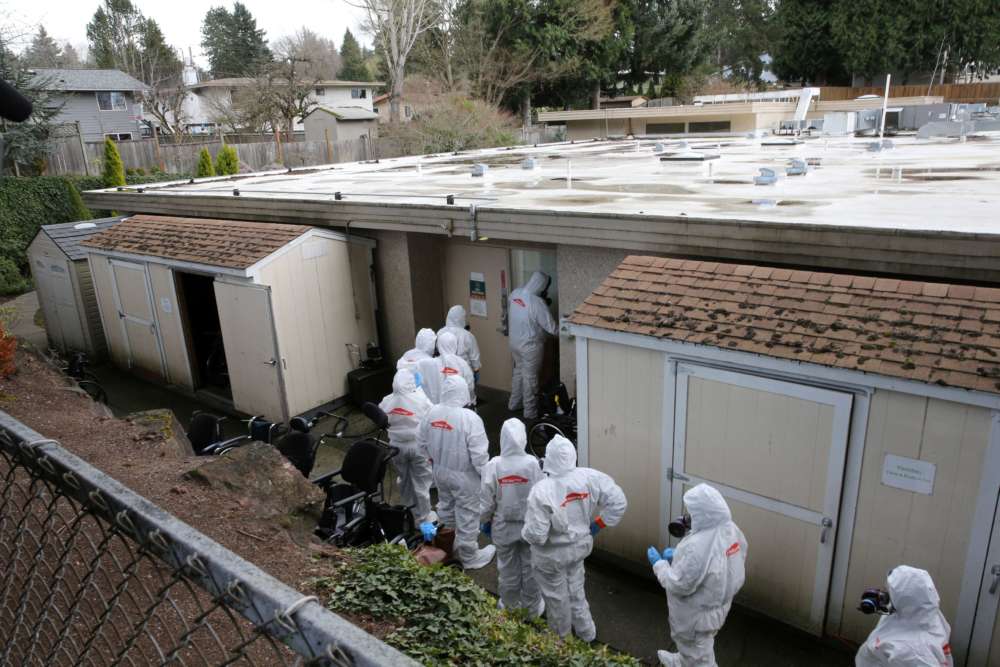 The World Health Organization (WHO) described the coronavirus outbreak as a pandemic and said Italy and Iran were on the frontline of the disease and other countries would soon join them.

* More than 126,100 people have been infected globally and over 4,600 have died, according to a Reuters tally of government announcements.

* Greece reported its first fatality, a 66 year old man who had returned from a religious pilgrimage to Israel and Egypt at the end of February.

* Death toll in Italy jumped by 196 in 24 hours to 827 and the government said it would restrict movement further and ramp up spending to soften the financial impact. The total number of infections rose to 12,462.

* In the UK, two elderly people died, taking the toll to eight. The number of confirmed cases rose to 456, up from 373 a day earlier.

* Sweden, with around 460 confirmed cases, reported its first death on Wednesday. The country has banned public gatherings of more than 500 people to stop the spread of the disease.

* Switzerland stepped up measures to slow the spread of the coronavirus that has killed four people and sickened hundreds in the Alpine country.

* France’s coronavirus death toll rose by almost 50% to 48. The total number of confirmed cases rose to 2,281.

* In Denmark, 514 people were diagnosed with the coronavirus as of Wednesday, rising 10-fold since Monday. The country will close all schools and universities and start sending home all employees in the public sector with non-critical jobs.

* Turkey confirmed its first case on Wednesday, becoming the last major economy to report an outbreak after taking what the WHO described as “vigilant, cautious” measures to delay the disease.

* Poland, which has confirmed 26 cases, will close all schools starting Monday.

* Austria will deny entry to people arriving from Italy and has banned indoor events of more than 100 people and close schools from next week until April, along with the Czech Republic which is also closing schools and universities.

* Bulgaria reported the first death from coronavirus. The confirmed cases in the Balkan country reached seven.

* Ukraine said it would restrict mass events and close schools and universities in capital Kiev.

* U.S. President Donald Trump ordered the suspension of European travel to the United States for 30 days to help curb the spread of a coronavirus pandemic.

* The U.S. banking sector is strong and ready to help businesses and consumers weather the economic fallout from the coronavirus, Wall Street chief executives told President Trump in a meeting at the White House on Wednesday.

* The Democratic presidential contenders are reassessing how to campaign, after they cancelled election night rallies on Tuesday on recommendation from public health officials.

* Guyana on Wednesday confirmed its first case of infection in a Guyanese woman who died after returning to the South American country last week from the United States.

* Guatemala said it will ban the entry of citizens of European countries, Iran, China, South Korea and North Korea.

* China’s Hubei province said public transport workers in Wuhan and those engaged in making medical supplies and daily necessities could return to work along with some industries that impact national or global supply chains.

* India said it will suspend a vast majority of visas to the country in a wide-reaching attempt to prevent the spread of coronavirus.

* Total infections in Japan rose to 1,278, including 696 from a cruise ship and 14 returnees on charter flights from China. One new infection was reported early on Wednesday, when the death toll stood at 19.

* Hong Kong will quarantine all visitors from Italy and parts of France, Germany and Japan for two weeks from March 13.

* Weeks after Vietnam declared that all its 16 cases had recovered, the number of infections is on the rise following a flight from Britain.

* Bahrain’s health ministry said on Wednesday 77 new cases have been recorded among citizens evacuated from Iran.

* Lebanon reported its first death on Tuesday and Congo its first case, bringing the number of countries in sub-Saharan Africa hit by the epidemic to seven.

* Australia’s government said it would pump A$17.6 billion ($11.4 billion) into the economy to prevent the outbreak from pushing the country into its first recession in nearly 30 years.

* Chinese manufacturers and sellers of drug ingredients said logistical hurdles and labour shortages are delaying some production and shipments, adding to concerns about the potential for global drug shortages.

* China’s central bank said it will take effective measures with the stock regulator to improve the financing function of the bond market in an attempt to support the economy.

* Canada will spend C$1 billion ($728 million) to fight the spread of coronavirus and stands ready to do more, Prime Minister Justin Trudeau said.

* Italy will ramp up spending to help the economy, earmarking 25 billion euros ($28.3 billion) to tackle the growing crisis, its Prime Minister said on Wednesday.

* German sportswear makers Adidas and Puma warned on Wednesday of a major decline in sales in China and said while there were early signs of improvement there, the impact had spread to other markets.

* Kazakhstan cut natural gas supplies to China by 20-25% on Wednesday.

* Financial markets reeled as stocks dived and oil slumped after Trump took the dramatic step of banning travel from Europe, threatening more disruptions to trade and the world economy.

* The National Basketball Association (NBA) said on Wednesday it was suspending the season until further notice after a Utah Jazz player tested positive.

* A meeting of G20 Agriculture and Water ministers scheduled for March 17-19 in Saudi Arabia has been postponed.

* FIFA has postponed its annual Congress, due to be held in Ethiopia in June, for three months.

* The inaugural edition of the multi-nation Fed Cup finals that were scheduled to be held in Budapest next month was postponed on Wednesday.

* The world figure skating championships, scheduled to be held in Montreal from March 16-22, have been cancelled.

* The International Weightlifting Federation postponed the European championship from April to June.

* Arsenal isolated some players and the Premier League postponed its Manchester City match on Wednesday.

By In Cyprus
Previous articleThe glorious story of the Kykkos Monastery
Next articleU.S. clampdown on European travel heaps new coronavirus woes on airlines