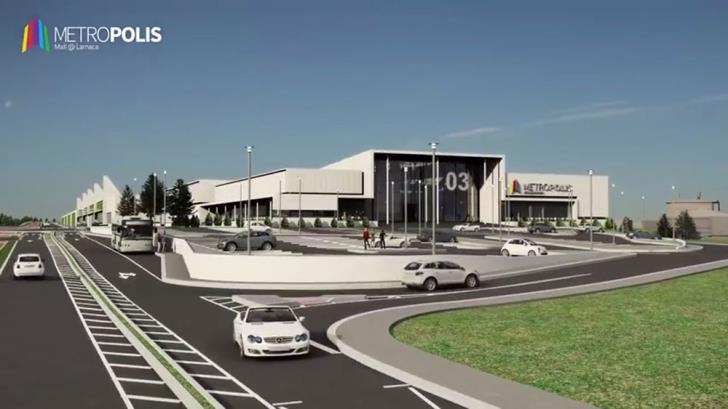 Shopkeepers from the historic centre of Larnaca are angry with the decision of President Nicos Anastasiades to participate in a foundation stone ceremony for the planned new Metropolis Mall on Monday.

They say the Metropolis Mall, which aims to be in operation by Christmas 2020, is not in the best interests of shopkeepers in the greater Larnaca area.

In a written  statement, the Larnaca historic city centre Confederation of Professional Craftsmen and Shopkeepers and the Larnaca-Famagusta District Committee of SME union Povek took issue with the president’s attendance.

In a written announcement that aimed to make public this latest development, the Confederation and Povek state that “it was not enough that they were given a town planning permit in deviation of the law and in our opinion, irregularly, now the president is supporting them by attending the ceremony as if it were a project of utmost importance to the city and the people of Larnaca. This is not a productive investment, it contributes nothing to culture, education, tourism and overall does not contribute to the financial or spiritual development of the country nor does it improve the citizens’ standard of living.”

And they added: “On the contrary it is a private for-profit business that will have grave repercussions for the shop owners in Larnaca’s city centre as well as other recreation businesses and shop owners in the city and the wider area as far away as Ayia Napa and Paralimni.”

Larnaca’s Metropolis Mall aims be in operation by Christmas 2020, according to representatives of the South African development company Acsion Ltd behind it.

The first phase of construction work has been completed at a quick pace and the project which is in the hands of “Iacovou Brothers” is entering the second phase.

On the commercial side, the first contracts with owners of leading brands have been signed including the Symeonides Group which represents Marks & Spencer as well as Costa Coffee.

Also, with the Mallouppas & Papacostas Group which represents Stradivarius, Mango, Intimissimi, Calzedonia and Tezenis. In addition, an agreement with BeautyLine shops of Ch. A. Papaellinas has been signed, along with Costas Papaellinas’ Mac and Inglot.

At the same time, negotiations are at an advanced stage with other groups in Cyprus, such as Alphamega  supermarkets and Saywear (Zara etc). Metropolis owners are also in discussion with representatives of  brands available for the first time in Cyprus, insiders also said.

Acsion Ltd was founded by Greek origin Kyriacos Anastasiades and the Metropolis Mall will be his first investment outside the African country.