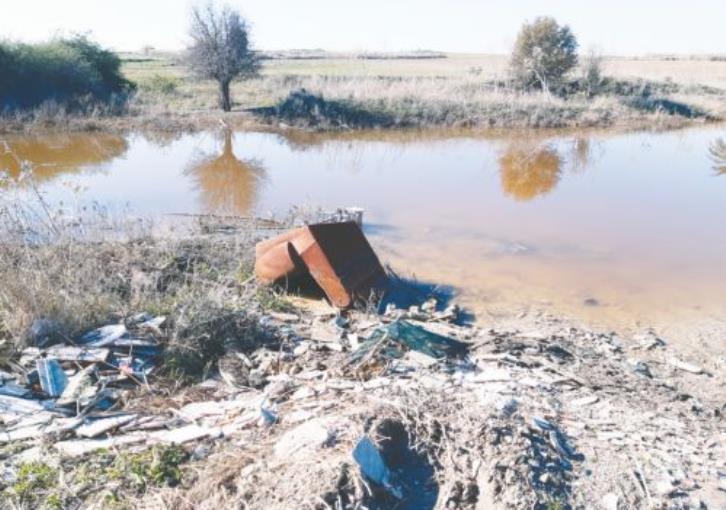 Effluents from livestock farms in the Dromolaxia-Meneou areas are seeping into Larnaca Salt Lake, a Natura protected area, angering the dozens of daily visitors, Papmbos Vassilas writes for Philelefhteros.

The pollution of the water is particularly visible in the small salt lake southwest of the Tekke and in the bed of the large salt lake northwest, where despite the fact that water has flowed into the large basin in recent days, the spot still does not have significant quantities of water.

Larnaca Municipality is aware, but told the newspaper that they have no authority to act.

However the effluents are not the only problem in this beautiful area. 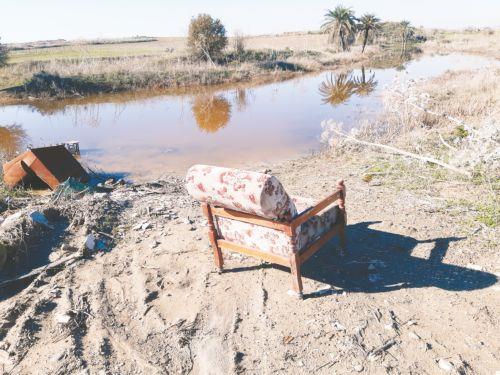 Even before the inflow of water created the charming pictures at the salt lake, the first images of bad habits appeared near the Tekke – litter and other rubbish including a tractor tyre and an old armchair.

A spokesman for the municipality’s environment service said that soon, possibly today, the litter would be collected at the initiative of the municipality even though it was not its responsibility.

Municipality crews try at regular intervals to clean the area of the salt lake near the Tekke however because the area is remote, some people dump all kind of rubbish and useless items there, as well as debris.

School pupils who carry out clean up campaigns there offer invaluable help, he added.

Regarding damage to the fencing at the excursion area near the Salt Lake, the spokesman said the municipality will be in contact with the competent state service, the Forestry Department, so that it can be repaired. He said the damage was due to some individuals knocking down the wire fence so as to gain entry from points other than the main entrance.

The newspaper notes that the municipality has raised the issue of better protection of the salt lake with the Agriculture Ministry, including measures to prevent people from driving onto the lake. The municipality is also pressing for the establishment of an environmental centre at the salt lake, similar to what there is at Cape Greco and Skarinou and believes that the presence of employees at the centre would help resolve many of the current problems.

Phileleftheros also noted that similar pollution problems are observed at the smaller salt lakes in the area of Dromolaxia and Meneou. 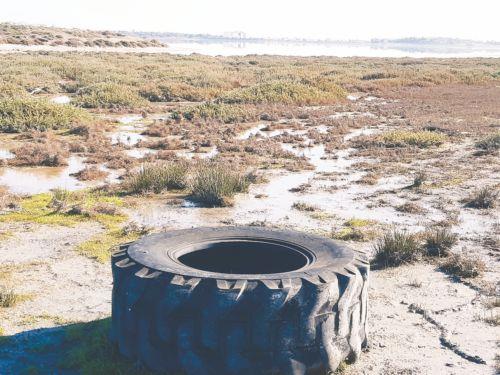