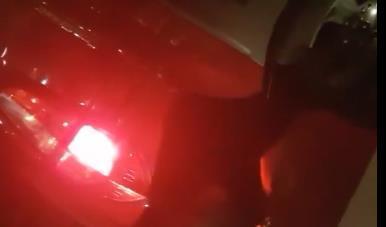 A racist abuse incident in a Larnaca car park is likely headed to court as police believe they can make a case under the law against racism, Phileleftheros reported on Tuesday citing informed sources.

The newspaper said that police will complete their investigation into the incident within the week and submit the file to the attorney general for instructions.

It said that the substance of the investigation has been completed and what remains are procedural issues to ensure that the evidence – including the video recording of the incident – are admissible in court should the legal service decide to prosecute.

Phileleftheros said that police are expected to suggest the case go to trial as investigators found grounds  to prosecute. They are understood to base their case on the law against racism and xenophobia and possibly assault and making threats and insults.

The incident occurred in a Larnaca car park on October 5 and was recorded by the Russian victim on her mobile telephone.

The woman had spotted a car hitting another car in the parking and then driving off and stopped it.

Two of the three women in the car – all Greek Cypriots — hurled racial and other insults at her, and at one point one of them spat at the victim.

The Greek Cypriot women deny they intended to drive off.

Police have taken statements from a woman who was in the car park and witnessed the incident as well the manager of the parking and the owner of the car which was hit.