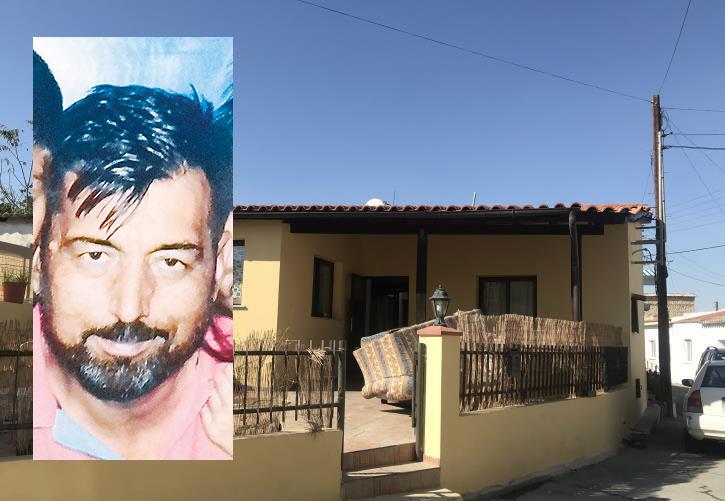 “Romas have a soul too, they are people, and when they lose their child they are heart broken, just as any parent would be,” the father of the 13-year-old who confessed that he killed his 9-year-old sister, said.

“For over five months psychiatrists were examining the child. We knew he had intense stress and he often broke out in anger and then suddenly calmed down. He turned into another human being. But they did not give him anything, they did not do anything significant to prevent what happened. I think they were still debating if all this was true or if we were ‘playing this out’ in order for them to give us an allowance and stay home and not work,” said the 13-year-old’s father.

As for the knife, the 13-year-old used to stab his sister with 15 times, the father told Fileleftheros Newspaper that it was a moderately sized kitchen-knife. Amongst others, it was found on the kitchen counter and used often to cook for the family.

With the burial of the nine-year-old and the funeral ceremony that will be held at 2pm at the church of St. John in the homonymous parish of Larnaca, the family tragedy will come to some sort of closure.

The nine-year-old will be buried in a white dress, at the request of her family.

According to the Larnaca Police Spokesperson, the process of completing the investigation of the murder is on going and when completed, it will be registered in Police archives as a case of murder. Anyway, he added, due to the age of the perpetrator, he has been declared criminally irresponsible and hence will not be prosecuted. With regards to when, how and under what circumstances the 13-year-old will return to his home in the future, this is something that does not concern the Police, but the Psychiatric Services, added the Spokesperson.

Roma living in the area where the family resides and in the wider Larnaca region gathered the necessary money for the funeral of the nine-year-old. However, according to her parents, the 44-year-old father and the 29-year-old mother (who are no longer together), more money is needed in order to be able to fully respect the customs of their home country. That is, to find a virgin woman who for 40 days, (for a fee), will water down the tomb of the little one.

Parents will also have to buy clothes and shoes for two nine-year-old girls who live in the area of their residence and give it to them as a memory of their daughter. In the nine-year-old’s house, a piece furniture should be bought and placed in her memory.

Beyond the financial burden for all this, the two parents said to Fileleftheros Newspaper that the most important thing for both of them is to find a job. The 29-year-old is living with another man and stressed that she needed work and that before she was unemployed she worked in various places as an assistant cook. The 44-year-old father told us that he lives with a small allowance, but he wants to work as a builder as he is a skilled craftsman and works in construction since he was a young man, in Romania.

It is noted that yesterday, many people from the area and other Larnaca parishes persisted in coming to the house of the nine-year-old in order to light a candle and express their sorrow for the incident.

The 13-year-old who allegedly murdered his 9-year-old sister will remain, for as long as necessary, in a specially designed area of ​​the Athalassa hospital.

As reported to the Filelftheros Newspaper, the child is being monitored by an inter-professional group of the Child-Adolescent Mental Health Services and the specialists are implementing a personalised care program that is tailored to his personal needs and peculiarities. Within the Athalassa hospital, he stressed, there is a specially designed area for the child, which is not in the same place as other patients. Besides, the 13-year-old “is not being hospitalised but hosted and will continue to be accommodated with all the necessary services he needs for as long as it’s necessary for him to be under the care and follow-up of specialists.”

It is also expected that, during the following days, a meeting to determine how the State Services involved will deal with the child’s case will be materialised.

From the point of view of the Services, it was stressed yesterday, several times, that further information on the condition of the 13-year-old can not be made public as it regards “sensitive personal information of the child and his family.”