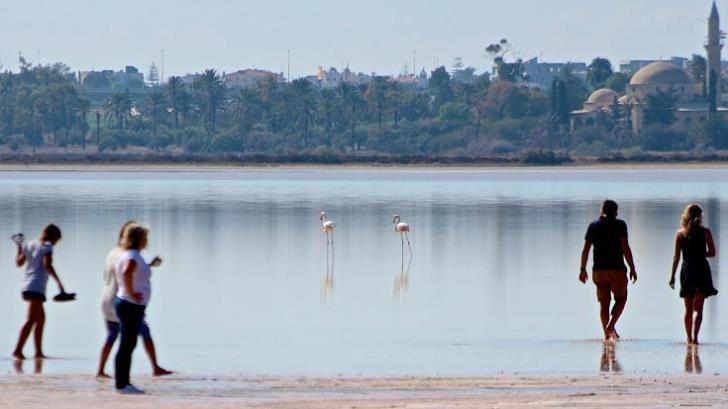 Larnaca Mayor Andreas Vyras has sounded the alarm over authorities’ failure to protect the salt lake  area, echoing a number of residents who have taken to social media to castigate litter bugs who are polluting a protected natural habitat.

The paper said that tyre marks suggest the salt-lake is being used for races.

Larnaca’s Salt Lake is Cyprus’ second largest and a protected area under the European Ha­bitats Directive.

Vyras told Phileleftheros that he has repeatedly approached the competent authorities urging them to take action to protect  the salt-lake’s ecosystem.

But he said the municipality’s calls have fallen on deaf ears and the problem has become more serious.

Vyras said he would be raising the issue with Agriculture Minister Costas Kadis.

He said the municipality wanted to revive plans to establish an Environmental Centre similar to that in operation at Cape Greco.  The project was initially planned for 2013, but was suspended due to the financial crisis.