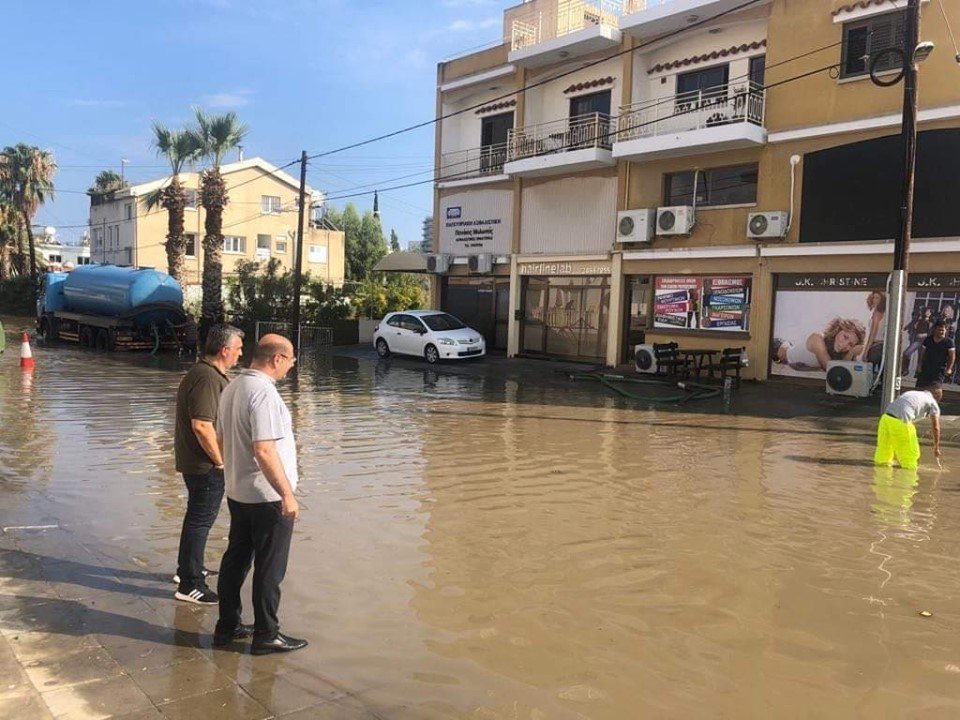 Larnaca Mayor Andreas Vyras has rejected criticism after the town’s streets flooded following a sudden downpour yesterday, insisting that crews were out from the first moment and that problems had been minimised.

The fire service had to bring in extra staff amid a deluge of calls to deal with flooded streets and basements.

Police closed a number of roads which became impassable and said that together with the fire service they had responded to more than 10 calls to free passengers trapped in their cars or to tow vehicles.

But in a post on Facebook, Vyras said that crews from the municipality, Larnaca Sewerage Board and Larnaca District Office had been working in the past 20 days to clear the city’s ditches and grates especially in the Kathari area which is most prone to problems.

He acknowledged some problems, with some basements flooding.

In order to resolve the problem, the Municipality was building two pumping stations at a cost of 9 million euros, a project which will be completed in February and May 2020.

“These projects should have been carried out in 2006 but were implemented by the current  municipal council.  Unfortunately, these changes cannot be made from one day to next but we continue to work tirelessly to resolve these problems,” Larnaca Mayor said.

By In Cyprus
Previous articleWhistleblower Snowden: I’d love to be granted asylum in France
Next articleTwo G/Cypriot women detained in Turkish held-north released