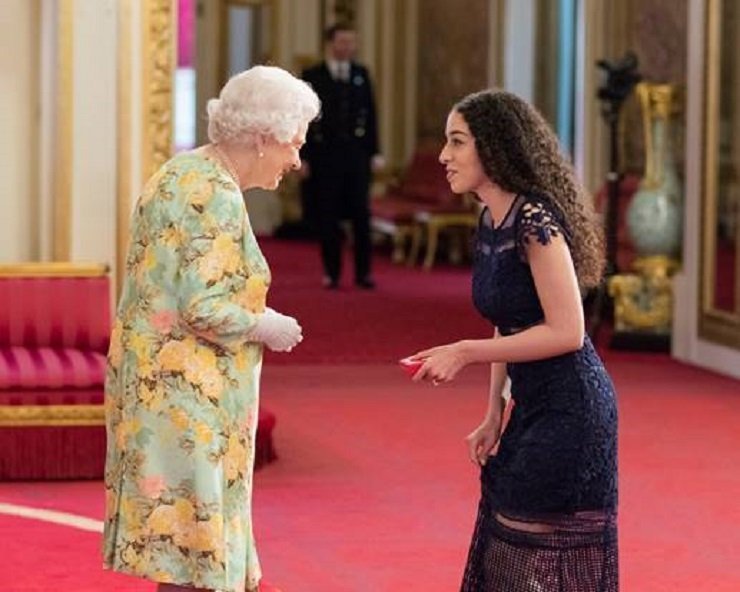 Antonia Michalidi, a 22 year old law student from Larnaca was named as one of the Queen’s Young Leaders for her humanitarian work.

Antonia received the award for her work as a translator for the organisation One Woman At A Time, the world’s first international online self-help human rights toolbox aimed at empowering abused women to file for no contact and divorce.

Antonia is also a co-founder of the Humanitarian Aid Program, a student-initiative which aims to improve the living conditions of refugees in Cyprus and bring awareness to the issues they are facing, as they integrate into the Cypriot community.

After completing her Master’s Degree on Corporate and Commercial Law at the University of Maastricht, Antonia plans to return to Cyprus to obtain her bar licence and qualify as a lawyer. Her field of interest is Arbitration and other Alternative Dispute Resolution Methods.

Queen’s Young Leaders celebrates and supports inspiring young people from across the Commonwealth, who show exceptional leadership qualities and have transformed their own lives and the lives of others.