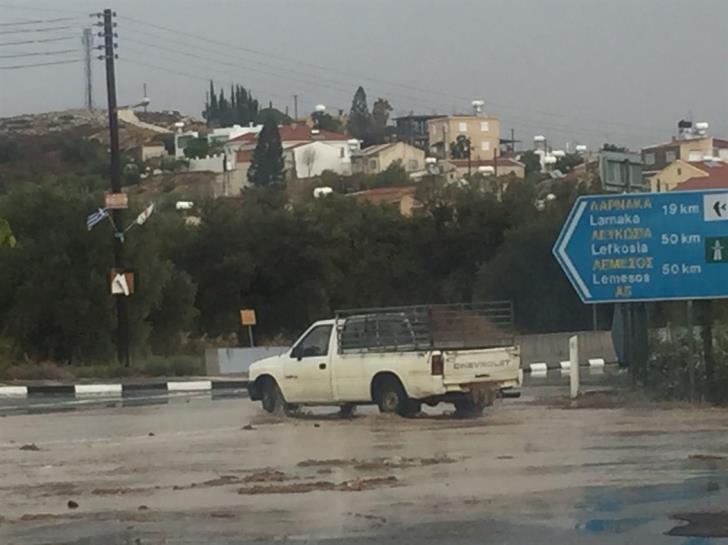 Problems have been reported in Larnaca as a result of heavy rains and the fire service has called in extra officers to help deal with flooding.

Police said that a number of roads have closed because of the accumulation of water on the surface.

Communities have experienced power cuts because of extreme weather conditions. The Electricity Authority said that there was power cuts in Anglissides, Ormidia, Pervolia and Meneou and efforts were underway to restore it.

The fire service said 11 crews were working to pump water from roads and buildings and to tow vehicles in the town and district of Larnaca.

Deputy spokesman Andreas Christofi said most of the flooding was in Oroklini and  the Kamares area.

Problems have been reported on the roads in other districts and police have urged drivers to be careful.

There was heavy rain and low visibility on the Limassol-Platres road earlier today and strong winds and heavy rain on the Limassol-Paphos highway. There have been mudslides and rock slides on the Kalo Chorio-Limassol road as well as the Nicocleia -Ayios Nicolaos road in Paphos.

By In Cyprus
Previous articleFire at Moni forest under control
Next articleIran dismisses U.S. claim it was behind Saudi oil attacks, says ready for war