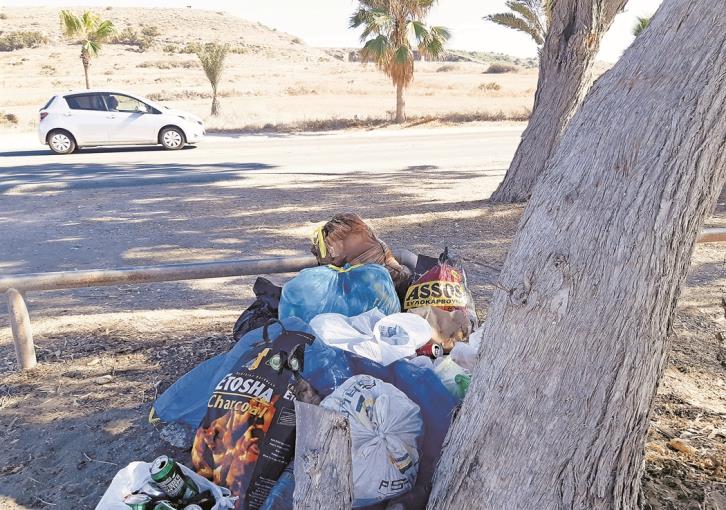 It took hours for municipal cleaning crews to pick up garbage left behind all across the coastal front of Larnaca over the long August 15 weekend, Philenews reports.

Garbage flooded the popular beach areas of Oroklini, Pyla and Dhekelia with municipal authorities again expressing disappointment over this bad mentality by a minority of local residents.

Members of local authority councils told Philenews that this bad example takes place every year, especially during the August 15 celebrations.

“They respect neither the beaches nor the natural environment…after they eat and drink and have a good time they just take off leaving even broken plastic chairs behind,” one said.

“Not to mention that they dump the charcoal used for their barbecues onto the sand,” he added.

Cyprus on Saturday marked August 15, the Assumption of the Virgin Mary, and thousands of holiday makers drove to the sea to cool off and barbecue – a long-standing tradition.