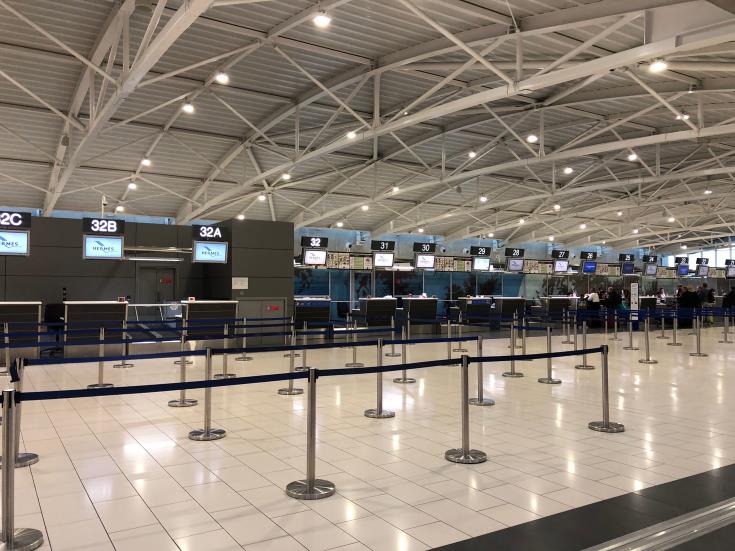 The Larnaca airport took in water last night and two flights were diverted to Paphos airport, during powerful storms that affected most of the country.

Α Hermes Airports spokesman told the Cyprus News Agency that the downpour overflowed the drainpipes at the roof of the building, with water filling the check-in area.

Immediate measures were taken and the operation of the airport was not affected.

Two Easy Jet flights from Luton and Liverpool, with 171 passengers on board, were diverted to Paphos airport at eleven last night, as the planes could not land due to low visibility.