Largest ever deployment of Royal Navy ships to Cyprus 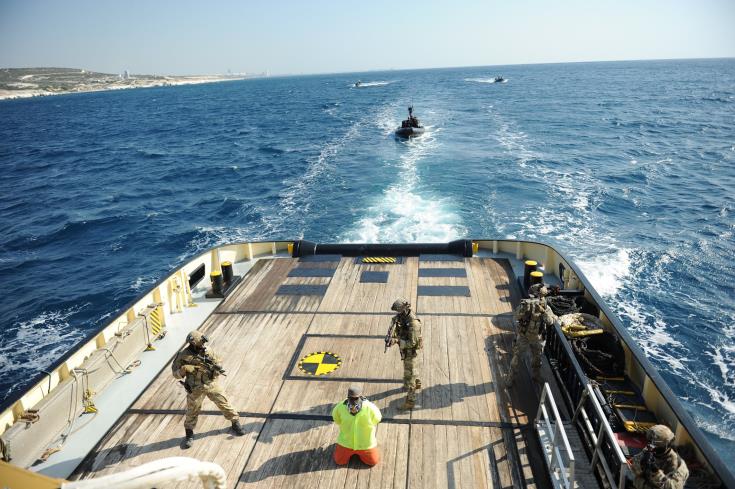 In a “demonstration of the breadth of the UK-Cyprus defence relationship,” HMS Albion, the Royal Navy’s flagship, will participate in an extensive programme of exercises and training with Cypriot forces throughout October and November.

According to a British High Commission press release, “activities will include participation in the seventh NEMESIS multinational crisis management exercise, led by Cyprus’s Joint Response Coordination Centre (JRCC), as well as the first joint UK-Cyprus defence training on the island and a Capability Demonstration event at Limassol Bay.”

British High Commissioner Stephen Lillie said “this is the largest ever deployment of Royal Navy ships to Cyprus and the first-time UK and Cypriot forces will train together on Cypriot soil.”

“The scale of the deployment and its programme of activities here in Cyprus is testament to the strength of our bilateral defence relationship and our commitment to doing more together, as outlined in our 2019 MOU,” he added.

General Rob Thomson, Commander of British Forces Cyprus, said he was “delighted that Servicemen and women from the Bases will be working to support this outstanding training opportunity which will see our close friends and partners in the Cypriot National Guard train alongside the United Kingdom Armed Forces.”

“This is just the latest demonstration of the close relationship between the United Kingdom and the Republic of Cyprus and I look forward to continuing to work together to our mutual advantage,” he added.

HMS Albion is part of the UK Littoral Response Group (Experimentation), LRG(X), a Joint Service deployment to the Mediterranean that “will support existing operations as well as train and develop UK forces alongside our allies.” The deployment involves over 1200 personnel deployed between three Royal Navy ships and Royal Marines from 40/42 and 47 Commando. The purpose of the LRG(X) is to enable commandos to experiment, test and develop new tactics using innovative new kit and build experience working alongside UK allies and regional partners.

The focal point of the LRG(X) deployment to Cyprus will be a Capability Demonstration Day, taking place in late October at Limassol Bay. This will showcase of some of the latest innovations from the Royal Navy, and also feature displays from the Cyprus Navy’s aviation and boarding team.

“The UK plays an active role towards achieving security and stability in the eastern Mediterranean and the deployment of LRG(X) along with the participation of British Forces in exercises with their colleagues from Cyprus and other like-minded countries demonstrate our commitment towards that end,” the press release says.

By gavriella
Previous articleRecord number of new cases of COVID-19 on Tuesday: 62
Next articleHealth Minister concerned about today’s number of COVID-19 cases