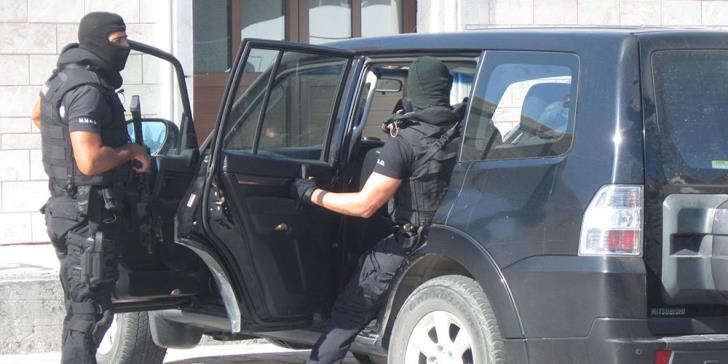 The police continues investigations and operations on a nationwide scale to combat organised crime. The police started this new wave of operations after the injury of 37-year-old police officer Giorgos Georgiou on the night of May 5th in Limassol, after a shooting took pace between police forces and well-known figure in organised crime Elias Mouzos and his associates.

Targeted police investigations started on May 11th, partly as a response against criticisms regarding the rise in crime, especially after the death of three citizens, murdered in their own homes, within the past few months.

Within nine days, police officers have checked more than 1.100 vehicles and houses, interviewed more than 1.200 suspects and made tens of arrests for multiple crimes, including the possession of drugs, firearms, and explosives and the trafficking of antiquities.

Items including stolen jewellery, bats, hoods, burglar tools, knives, and anabolic steroids were seized. More than € 300,000, allegedly derived from illegal activities, has been seized so far, and 10 persons were arrested. Persons who illegally served as security guards were also arrested.

● Should there have been a shooting against police officers for the police to decide to take action against the underworld?
● Elias Mouzos, who shot the policeman, was wanted for months. Was he not identified? Within 24 hours after the shooting he and his associates were arrested. What does this tell us?

However, the investigations of the police against organised crime will continue unabated, according to a governmental source. In addition, the process of the staffing of the independent Internal Audit Service, aimed at fighting corruption within the police, has been completed.