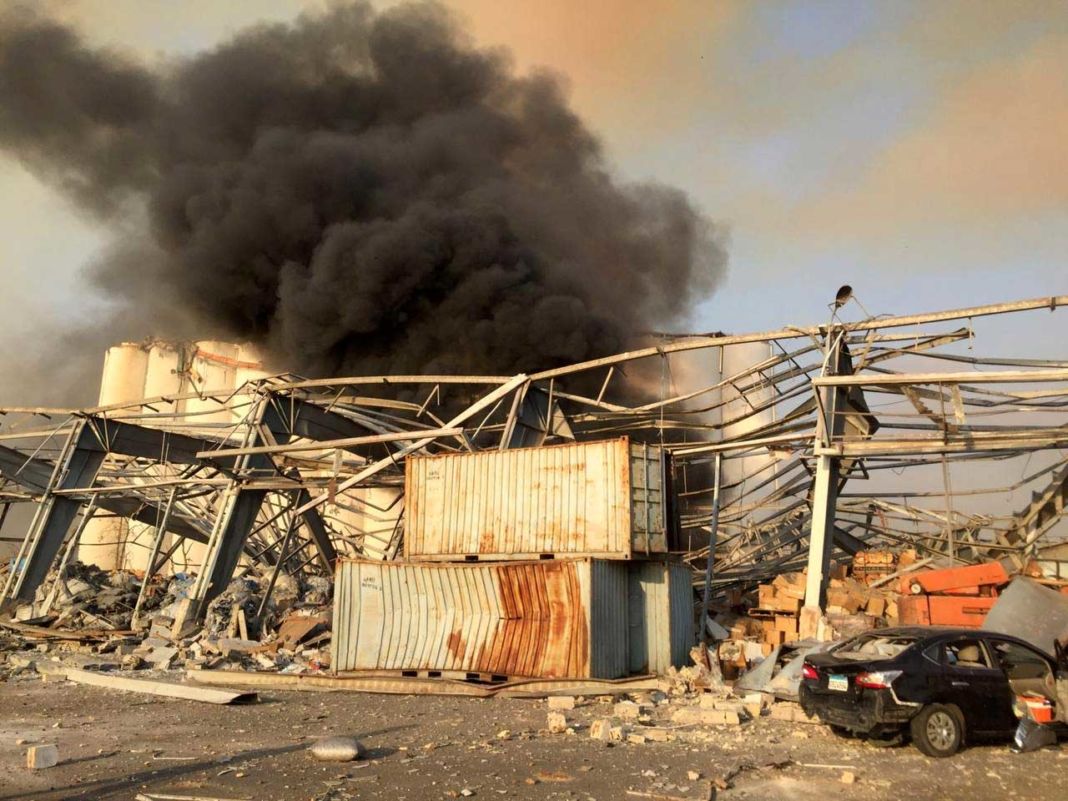 A large explosion shook the Lebanese capital Beirut and a giant column of smoke was seen rising over the city, Reuters witnesses and local media reported. The explosion was felt throughout Cyprus.

Two security sources and witness said the blast occurred in the port area containing warehouses. The blast rippled through several areas of the capital, shattering windows and doors, and wounding people.

Lebanon’s state news agency NNA and two security sources said the blast had occurred in the port area where there are warehouses housing explosives. It was not immediately clear what caused the blast or what kind of explosives were in the warehouses.

“I saw a fireball and smoke billowing over Beirut. People were screaming and running, bleeding. Balconies were blown off buildings. Glass in high-rise buildings shattered and fell to the street,” said a Reuters witness.

Local broadcaster LBC quoted the health minister as saying there was a “very high number” of injures and a large amount of damage. Al Mayadeen television said hundreds were wounded.

Another Reuters witness said she saw heavy grey smoke near the port area and then heard an explosion and saw flames of fire and black smoke: “All the downtown area windows are smashed and there are wounded people walking around. It is total chaos.”

#BREAKING – #Lebanese media claims the MASSIVE #explosions in #Beirut occurred in a fireworks warehouse. Fireworks can be seen in the video, moments later a secondary explosion caused most of the damage. #Lebanon pic.twitter.com/ddM0tojmlU

By In Cyprus
Previous articleTwenty-five new corona virus cases detected out of 3,988 tests
Next articleCyprus diplomatic mission in Beirut sustains damage from blasts