Landfill to be checked for missing people (updated) 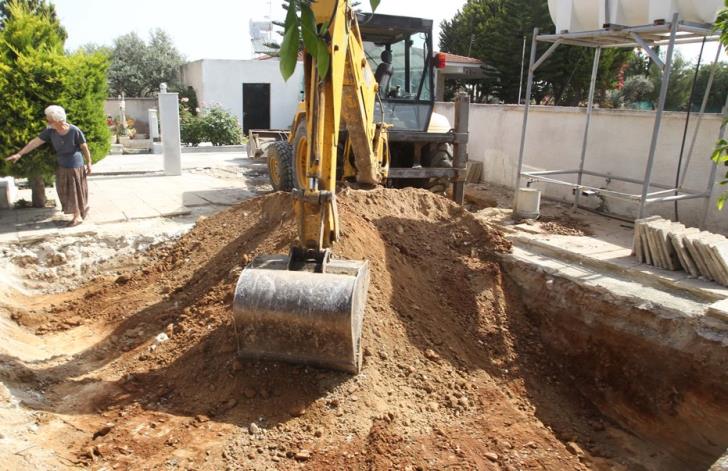 A Portuguese expert and his team are expected in Cyprus in the beginning of August to examine whether is possible to excavate a landfill in the occupied village of Dikomo to locate the remains of 70 missing persons from Assia who are believed to have been buried there.

The missing persons were killed in the area of Ornithi and then it is believed that their remains were transferred and buried in the landfill in the 90’s. The Portuguese expert is the one who was presiding renovation and revamping works at the landfill which was covered with tons of ground and plastic and pipes were placed for the methane to be removed.

The Greek Cypriot member in the Committee for Missing Persons (CMP) Leonidas Pantelides told the Parliamentary Committee on Refugees-Enclaved-Missing-Adversely Affected Persons that the Portuguese expert will be able to tell the CMP whether there is no danger to excavate due to the presence of methane. The cost for this study is 80,000 and if the expert gives the green light then the CMP will have to come up with the money for the excavation which is believed to be 4 times the CMP budget.

He said that the information gathered says that the missing persons were buried at the one side of the landfill whereas other information says that they are in the middle and thus the expert will examine the situation and give them an update and an assessment.

Pantelides said that 6 bicommunal teams are working in the occupied areas and  2 in the Republic with 100 scientists of whom 1/3 are archaeologists on the field.

Commissioner Photiou said that the pandemic halted the program by CMP as the teams could not work. He said that the results of the last 4-5 years are disappointing and that time is a huge problem as well as lack of witness and reliable information. He said that the MFA has come up with a thorough strategic plan in 2019 with activities and events to promote the issue and spoke of the role of the Parliament to this end.

He also referred to the issue with remains from which no DNA can be extracted as well as some cases where remains were not given to the right families.

A representative from the MFA said that the issue needs cooperation and collaboration of all services, departments and others involved and said that the parliament’s role is pivotal.

She also spoke of the role of Turkey who refuses to cooperate and give access to army archives and army zones.

A Committee on Missing Persons has been established, upon agreement between the leaders of the two communities, with the scope of exhuming, identifying and returning to their relatives the remains of 492 Turkish Cypriots and 1,510 Greek Cypriots, who went missing during the inter-communal fighting of 1963-1964 and in 1974.

By gavriella
Previous articleAlkman Saxophone Quartet at Technopolis, 20
Next articleOEV says no to employees without SafePass